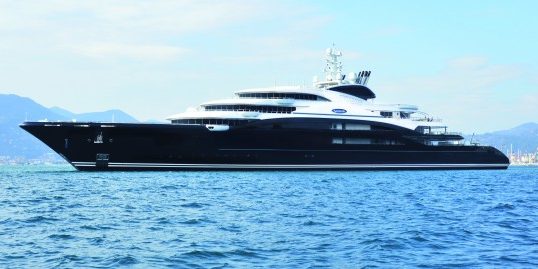 134m Fincantieri-Built Superyacht Serene Runs Aground in Red Sea: The 134m Serene has run aground in the Red Sea, 20 nautical miles east of Sharm El Sheikh, a popular Egyptian holiday resort. The vessel is reportedly bow-up on the rock and has sustained damage to her bulb-bow and hull. The hull has reportedly puncture forward and even though there was no water ingress at the time of the accident, concerns remain that she may sustain further damage on the rocks.

A navigation track error and propulsion failure reportedly caused the incident, although that information has not been confirmed. The situation is expected to be resolved with a hull patch ad ballast placed aft. Weather conditions have not been favorable, however, but are improving.

Fincantieri built Serene in 2011. She was sold to her current owner for an undisclosed price in 2015, with estimated ranging from €350 million to €550 million.