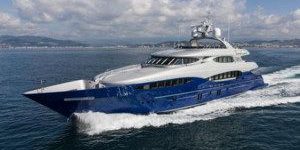 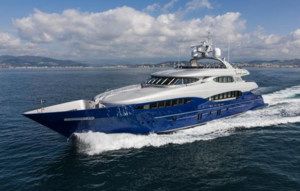 Let’s hope that 2015 begins on the same note that 2014 ended. Sales volumes of American boat brokerages increased in December to 1,623 boats, up by 6 percent compared to December 2013. It was the first month in 2014 in which the number of boats sold exceeded the number of units from the same month a year earlier.  Total number of boats sold in 2013 numbered 30,065, for an aggregate price of $3,62 billion, 5 percent less than in 2013.

Lower sales of superyachts accounted for the decline. The remainder of the American market reported decent, and in some cases, healthy increases. Total sales increased 6 percent in December and total price paid increased 8 percent for a total of $15 million in additional value. Total value for the year was $3.62 billion.  By taking out the decline in superyacht sales, the remainder of the market actually increased by $60 million during the year.

Every size segment below 80 feet experienced higher sales volume in December. Strongest sales occurred in the 36- to 45-foot segment, with a 17 percent increase to 434 boats sold.  Sales of boats under 35 reversed downward trends that had occurred during the rest of year, possibly presaging a shift I market volume. Sales rose 2 percent for boats under 26 feet and 3 percent for the 26– to 35-foot segment. Pricing improved among smaller boats with sales averaging $23,000 for the under 26-foot segment and $57,900 for the 26- to 35-foot market. The 56- to 79-foot segment saw a 2 percent increase to $744,000. Total sales volume in the 46- to 55-foot category role 6 percent with 1,775 boats sold. Powerboats represented 82 percent of the market share.