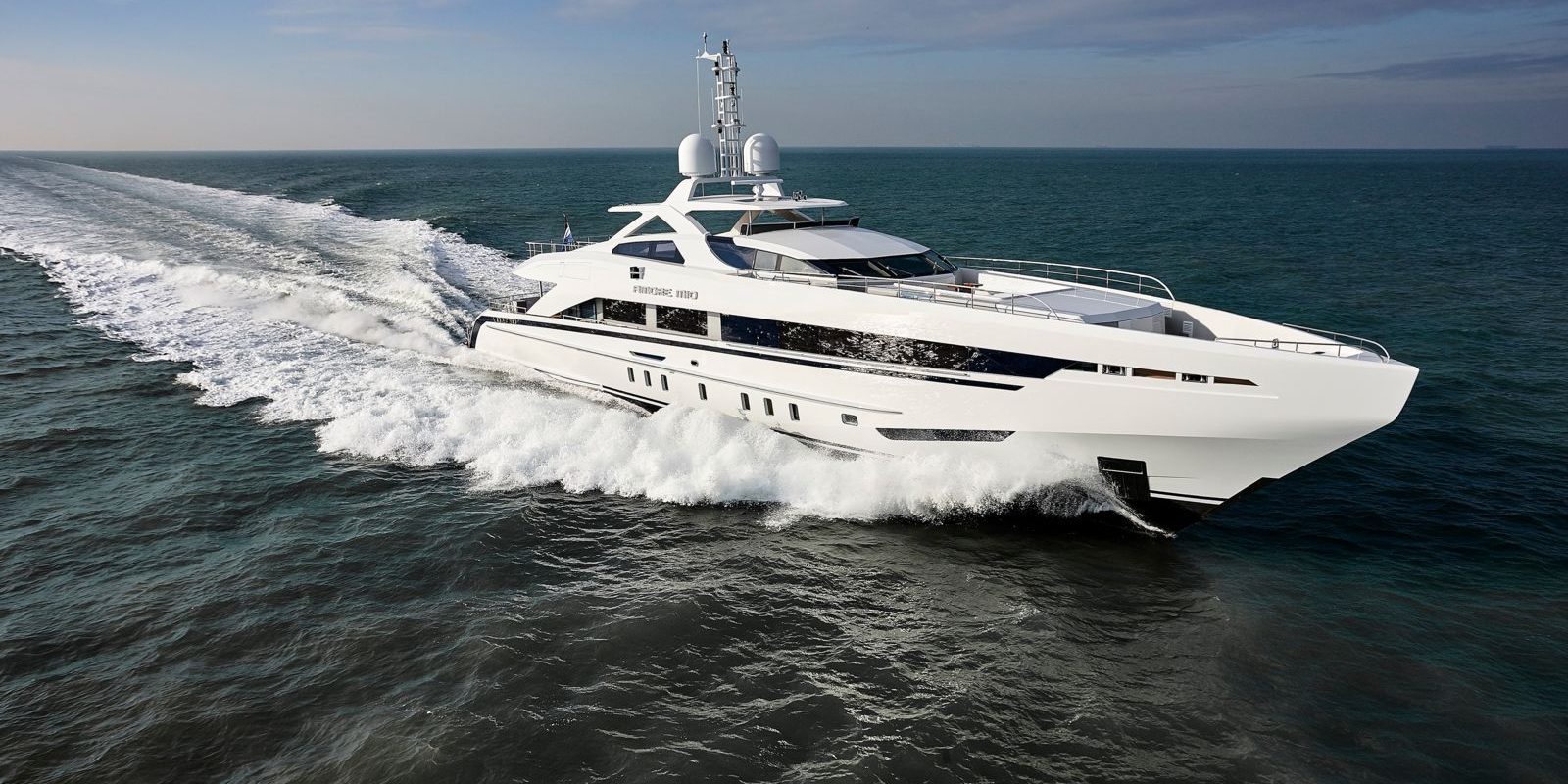 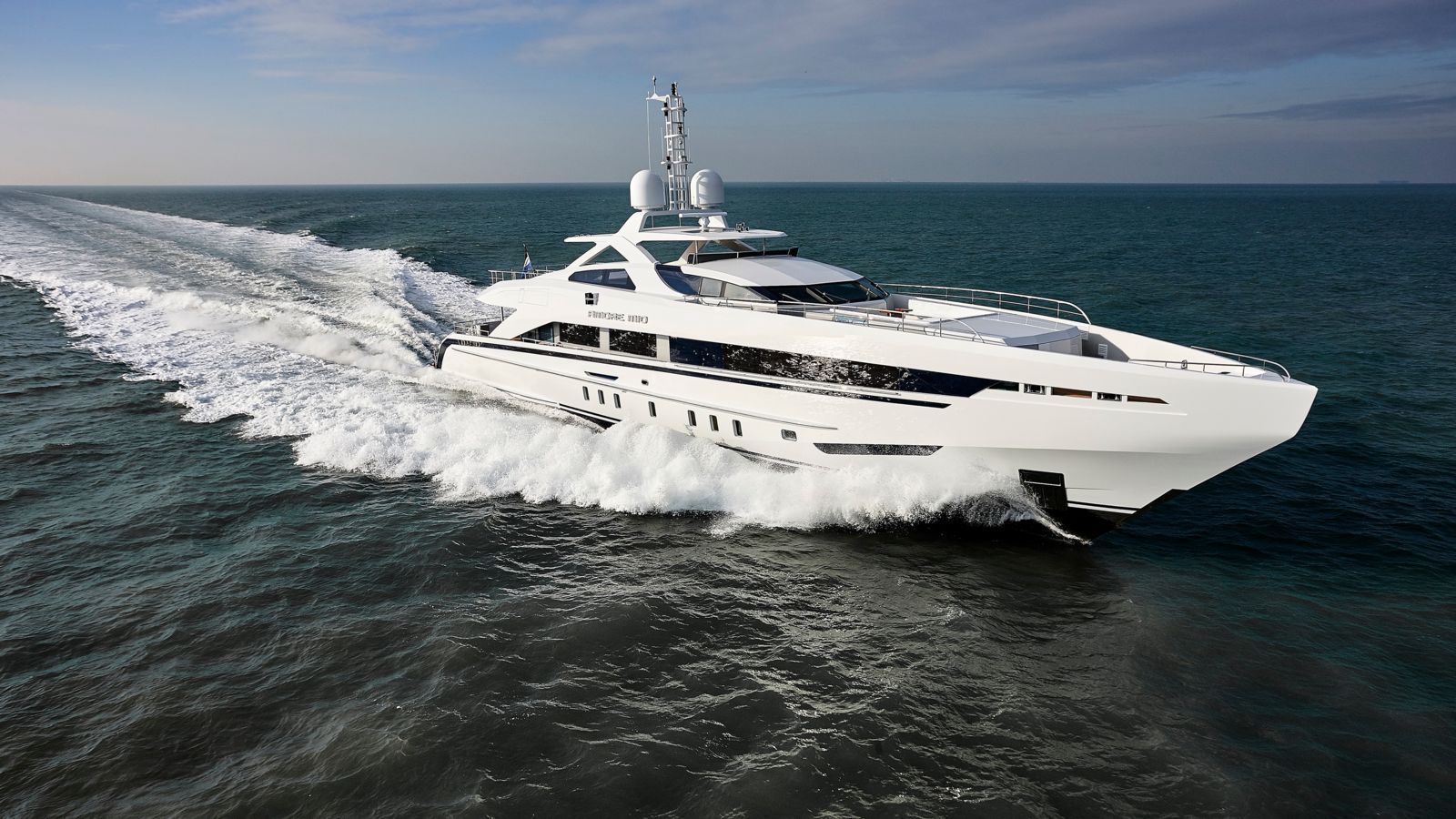 45 Meter Mega Yacht, Amore Mio Delivered, Sets Off on Maiden Voyage : After an intensive sea trial in January, Heesen Yachts has delivered the 45m superyacht Amore Mio to her new owners in international waters. Powered by twin MTU 16V diesel engines, the all aluminum vessel can reach an impressive top speed of 30 knots. She should also see a 2,750nm range at 12 knots.

The Dutch shipyard added a third day to their standard sea trial schedule, allowing Amore Mio Captain Tripp Hock to ask for further testing such as crash stops, dead ship operations and single engine maneuvering. The captain’s day, as Heesen called the extra sea trial time, also allowed Hock to see how the gyro stabilizers would function on the yacht in the North Sea. Heesen’s in-house studio created the naval architecture that makes this versatile superyacht perform equally well under rapid acceleration and at slower speeds.

Christian Gatto created the modern interior that features flamed American walnut paneling, sculpted and lacquered panels inset into doors and limestone embedded with fossils. The 8.4m beam is particularly commodious on the uppermost deck that has approximately 90 square meters of sunning, dining and cooking areas, that includes a teppanyaki grill. The superyacht features a traditional five-cabin layout with a grand master suite forward on the main deck that features a larger corner sofa and vanity table on the port side. Two double and two twin cabins are located on the lower deck.

After delivery, Amore Mio set off on her maiden voyage to Gibraltar

With the launch of Amore Mio, Heesen now has 92 superyachts in its fleet. The Dutch shipyard has delivered at least one superyacht every year since 1990, a statistic matched by few shipyards. Over the last five years Heesen has delivered an average of four superyachts per year. This trend is slated to continue as Heesen has ten projects under construction, all scheduled for delivery before 2018.

Heesen will deliver two more yachts in 2016, the 70m Project Kometa and 50m Project Akoya.  In addition, Hakvoot’s Just J’s is the only other superyacht set for delivery in 2016.