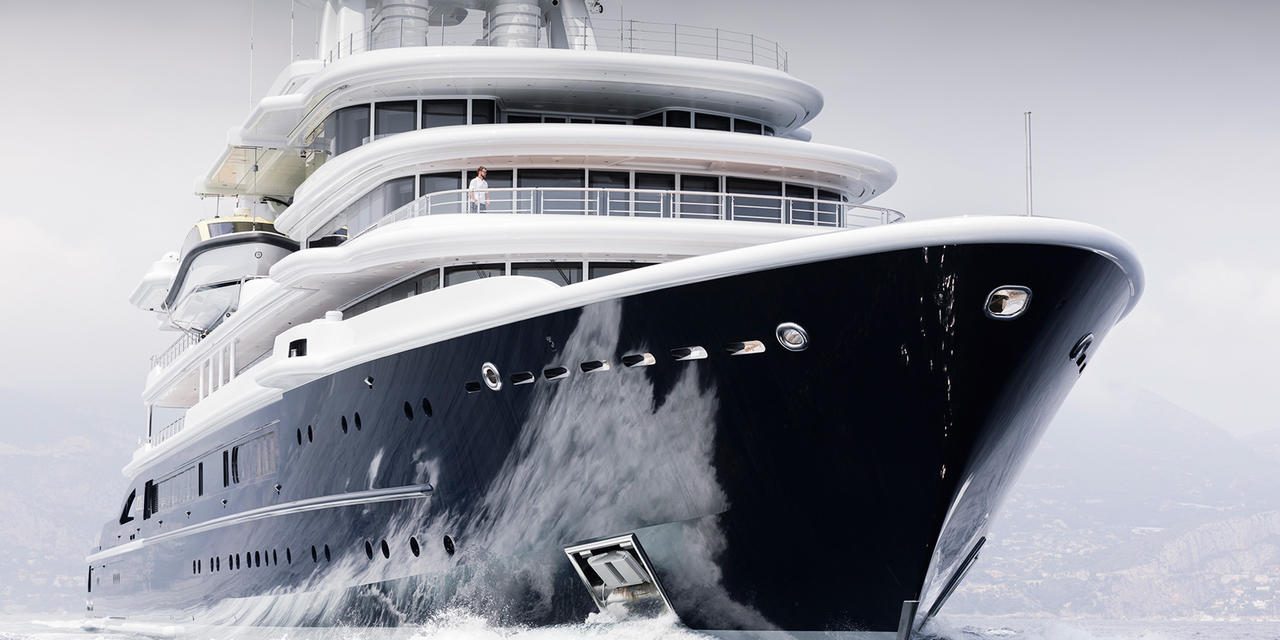 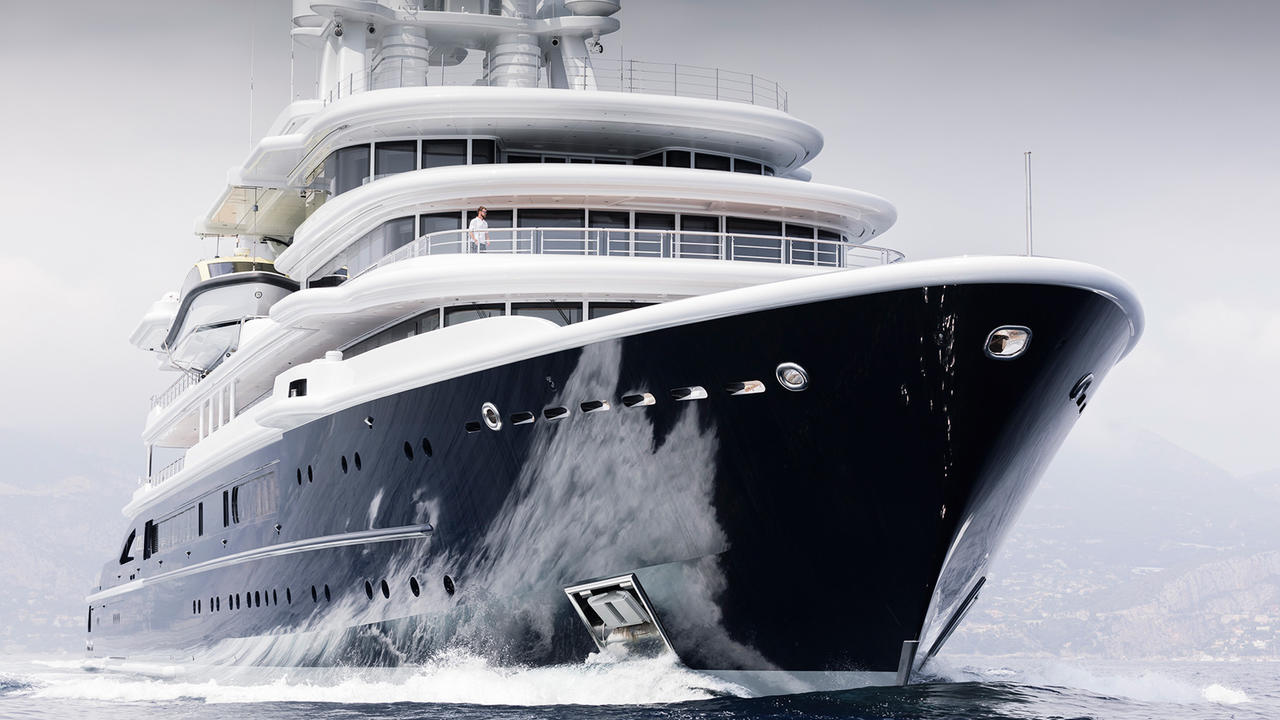 115-Meter Superyacht Luna Impounded !!: The world’s second largest expedition yacht, a 115-meter vessel named Luna, has become the most fought-over prize in what is being called Britain’s most expensive divorce. In October 2017, the yacht entered Port Rashid, Dubai, for maintenance and since then was effectively impounded by a court order due to an ongoing legal dispute between the yacht’s owner, Russian oligarch Farkhad Akhmedov and his ex-wife Tatiana Akmededova, over their divorce settlement. Luna now sits in dry dock.

In December 2016, a British High Court judge ordered Akhmedov, who has owned a home in England since the ‘90s, to pay the equivalent of $646 million to his ex-wife. He refused, saying that the couple had been divorced in Russia more than a decade earlier. Unable to enforce the ruling, the same judge this past April order Akhmedov to hand over the yacht, valued at roughly $500 million to his ex-wife.

Since the divorce settlement was finalized, Akhmedov began, what the judge termed a “campaign” to hide his assets, which included Luna. Beginning in November 2016, the yacht went on a whirlwind voyage, but only on paper, as part of asset protection and financial engineering that was so elaborate that the British court diagrammed it during the April ruling.

While the seizure of Luna in Dubai may have initially sounded like a setback for Akhmedov, he and lawyers for the family trust that technically owns the yacht field a claim, still pending, that the yacht’s fate should be decided by a local court in Dubai using the Islamic law known as Shariah. Akhmedov believes he will fare better in a Shariah court because he ex-wife is a Christian who has acknowledged infidelity in their marriage. Stories in British tabloids have recently emphasized the Akhmedov is a practicing Muslim.

That’s news to his ex-wife, who has indicated she has never seen her ex-husband kneeling on a prayer rug or going to a mosque, other than at a tourist site. The Akhmedovs married in 1993 and moved to London. During the years that Akhmedov amassed his wealth, the couple seesawed between open hostilities and cease-fires.

Akhmedov has documents that purport that the couple had gotten a divorce from a Moscow court in 2000. The rulings from the British court come from his ex-wife filing for divorce in the U.K. in 2013. Akhmedov claims that the time they spent together from 2000 to 2013 was for the sake of their two sons. Judge Charles Haddon-Cave begs to differ. He ruled that the Russian divorce documents were forged and that the couple remained married until 2013.

Luna has had an interesting history. Constructed by Lloyd Werft of Bremerhaven, Germany, in 2010, she was originally owned by Roman Abramovich. She was subsequently sold to Akhmedov for $360 million in April 2014. Later that year, she went to Breerhave for an extensive refit costing more than $50 million. The yacht was delivered in March 2016 after a 16-month refit. 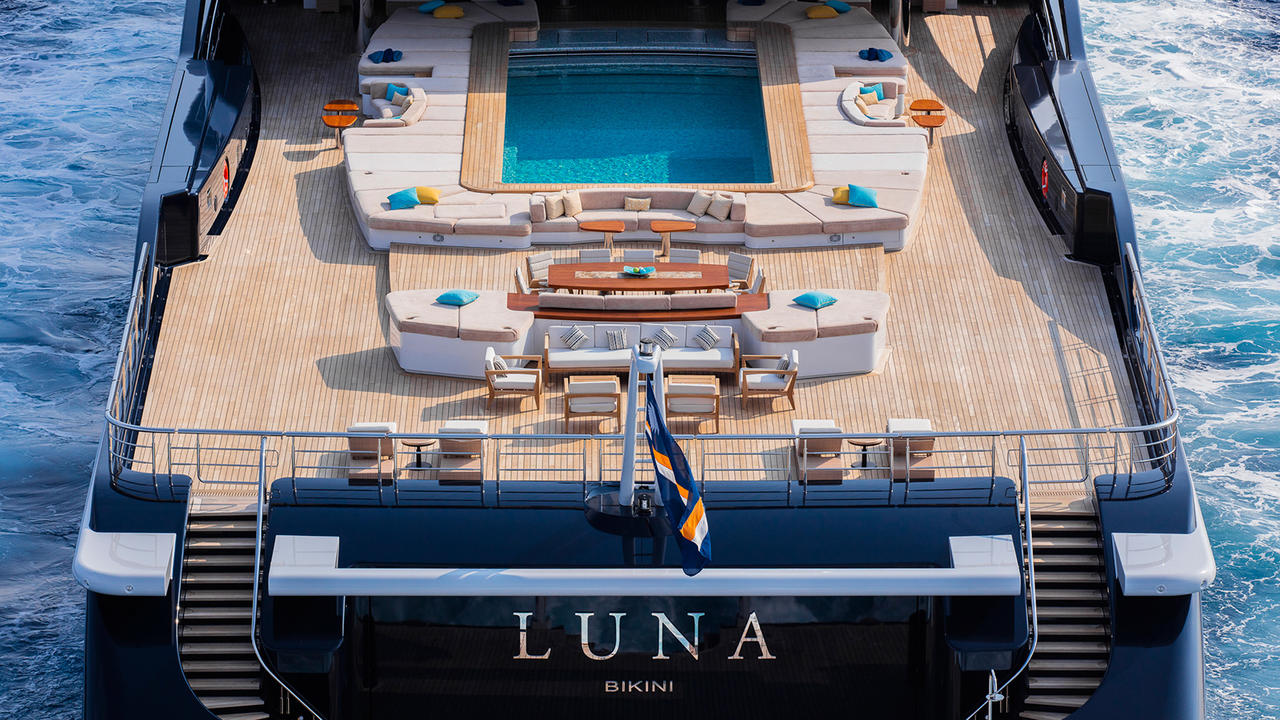 The nine-deck superyacht has 10 VIP guest cabins, a 20-meter outdoor swimming pool and a large outdoor entertainment area. She is equipped with eight tenders, a mini-submarine and has multipurpose custom-made lifeboats/transport limousines that cost more than $4 million. She has a crew of 50.

The features don’t end there. Luna is fitted with an anti-missle system and has bulletproof windows. She has bomb-resistant doors and an anti-drone system. Two helipads host both of Akhmedov’s Eurocopters simultaneously.

Akhmedov is not looking to relegate the divorce but simply wants a judgment that says the British order to transfer ownership of the yacht cannot be enforced in Dubai. Predicting how the tribunal will rule is difficult. What is clear is if Tatiana Akhmedova prevails, she will try to sell the yacht. It’s equally clear that Farkhad Akhmedov will litigate this case until he wins or the vessel melts into decrepitude.