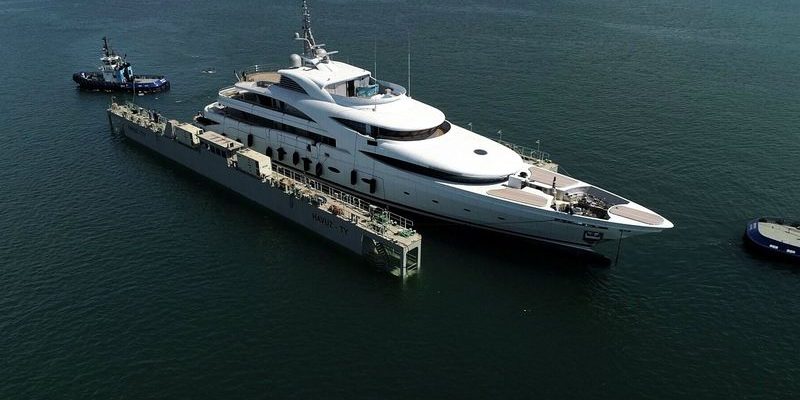 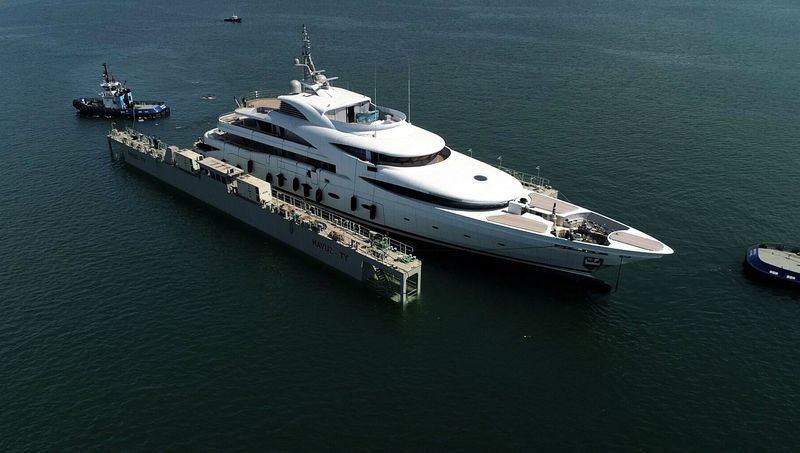 AES Yachts Launches 71m Superyacht Victoria: Turkish shipyard AES Yachts has launched the 71-meter Superyacht Victoria, a long-awaited project that has an interesting history. Started more than 10 years ago, Victoria had her keel laid on May 30, 2006 at the Sevmash shipyard in Severodvinsk, Arkhangelskaya, a city in northern Russia where she was built by Baltika Yachts as Project Agat.

Another project was also under construction at Sevmash at the time, an 82-meter project that later moved to Blohm + Voss in Germany and later became Graceful in 2014.

Project Agat took a different road to completion as she was put on hold somewhere around 2008/2009 and stayed in Russia for a few more years. She was not heard of again until November 2013 when the Russian yard launched her.

Although speculation indicated she was nearing completion at the time, such was not the case. She was put on a dock ship and travelled 5,0000 nm to Italy in December 2013 to ostensibly be completed by ISA Yachts. The contract to complete the ship was officially announced by ISA in May 2014 and included the completion of technical areas, the commissioning of the yacht’s systems, the interior of all guest areas and the installation of exterior furniture in aluminum with teak decks.

The work never really took off and it is unclear if ISA Yachts went ahead with any of it as the yard ran into problems in 2015. Later that year the yacht was moved to Turkey where AES Yachts contracted for her completion.

Finally launched after a decade of uncertainty, superyacht Victoria has interiors by H2 Yacht Design, who were also originally slated to complete the exterior design. AES Yachts has indicated the Gresham Yacht Design has also been involved in the exterior design as the project progressed. Agat Design Bureau of St. Petersburg, Russia, is responsible for naval architecture.

Victoria has a beam of 11.4 meters, a draft of 3.8 meters and a volume of 1,553GT. Guilt to Lloyds Register, she has a steel hull and aluminum superstructure and complies with MCA LY2.

Twin 3,111hp MTU 16V 4000 M17 diesel engines will give Victoria a top speed of 18 knots and a cruising speed of 14 knots. Accommodation is for 14 guests in seven cabins and 16 crewmembers in nine cabins.

Victoria is scheduled for delivery in July 2018 following sea trials.