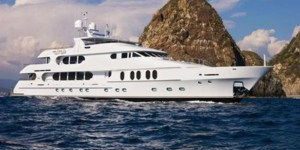 The Columbian newspaper in Vancouver, WA, has reported that all or most of the assets of Christensen Shipyards will most likely be sold to Henry Luken, the Tennessee businessman who owns 50 percent of the trouble shipyard. Court documents have indicated that a deal between the receiver, Miles Stover, and Luken may enable the shipyard to avoid liquidation and continue operations for the foreseeable future. Operations at the company were recently restored with more than 70 employees rehired.

Stover reportedly intends to sell Christensen’s assets to Luken for $5.5 million. Court documents indicate that Stover found a financial mess after being appointed receiver.  In a court filing, Stover wrote that books of records “Indicate a history of very weak internal controls, a general lack of segregation of duties and non-adherence to generally accepted accounting principles.”  The receiver has also taken action that includes termination the previous accounting staff and will continue to take aggressive action focusing on bringing confidence factors in future financial reports to an acceptable level.

Superior Court Judge Gregory Gonzalez is expected to decide on the sale in court on June 19, with the deal closing no later than June 30.

Recent legal filings indicated that a quick sale of all or virtually all of the assets to a buyer that will continue to operate Christensen as a going concern will provide the best return for creditors under current circumstances. Stover’s proposal, filed May 20 in Superior Court and outlined in a letter of intent between Stover and Luken indicates Luken, or an entity owned by him, would get control of contracts for completion of hulls 36, 38 and 40.A fourth ship, hull 42, may be excluded. Luken would also get control of Christensen’s land lease and a sublease.

Stover’s legal filings have indicated that he has also discussed the sale with other potential purchasers, but that no other party has submitted an offer or letter of intent acceptable to the receiver for the purchase of Christensen’s assets.