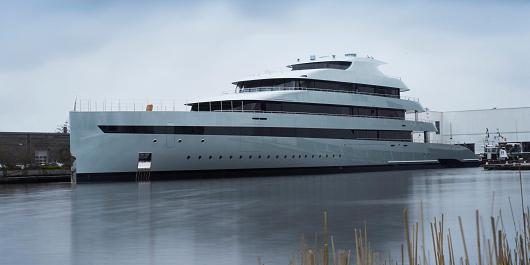 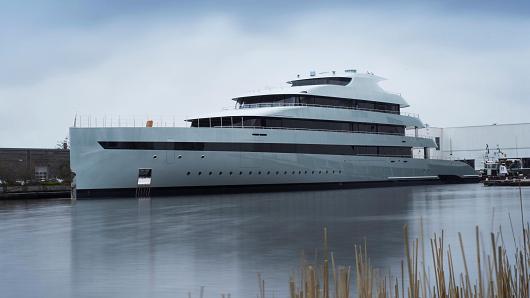 Feadship has launched Savannah, an 83.5m eco-friendly hybrid superyacht that uses a single diesel engine, three gensets, batteries, propeller and an azimuth thruster. This ship is a continuation of Feadship’s 2010 Future Concept Breathe that used a cleaner and more cost-effective mode of propulsion.

Featuring a dynamic and streamlined hull, Savannah has one medium-speed Warsila engine in place of two high-rev diesel motors, and a single central propeller shaft installation on the centerline. Savannah accommodates a propeller that is 40% larger than normal, and together with the aforementioned factors, contributes to cost and fuel savings of approximately 30%. Combined with power supplied by the thruster, the propeller’s load is only half of that in a conventional twin-screw yacht.

The technologies used in Savannah aren’t new, but the way in which they are used are, as the owner has a choice of running diesel, diesel-electric or full electric. Savannah is also the first yacht to operate with an azimpull and a variable pitch propeller.

Another major innovation is the batteries, an idea that came from the yacht’s owner. Li-ion batteries with a minimum one million-watt capacity have been installed. These provide extra speed at the top end and allow proper loading of generators at any speed, while also allowing extremely quiet cruising at low speeds.

An underwater lounge on the part side that allows guests to view marine life on one side and a nine-meter swimming pool on the other is one of the ship’s main features. Four large guest suits and a VIP stateroom with a balcony and open aft deck are other key features.

“Savannah is a yacht full of premiers,” emphasises Feadship director Henk de Vries. “As the first ever hybrid superyacht, she offers incredible flexibility in operations and loading of the power plant. The result is fuel savings of some thirty per cent compared to the best boats that we have launched to date”.
“The way in which one gigantic propeller has been installed in front with another electrically powered prop in its slipstream has also never been applied on a yacht. A similar system has been used on board passenger ships in Japan, but that is an ‘industrial’ solution, without the attention to comfort required on a Feadship. To achieve this on a superyacht entailed an exceptional degree of cooperation with Wärtsilä and all the other equipment manufacturers”.

“Another major innovation is the batteries, which were suggested by the owner. These provide extra speed at the top end, allow proper loading of the generators at any speed and facilitate super-quiet cruising at slow speeds without any engines turning. We have installed Li-ion batteries with no less than one million Watts”.
“More than a thousand people have been involved with the creation of Savannah since the contract was signed at the end of 2011. And the tremendous final result once again shows how Feadship is never afraid to venture into uncharted waters.”

Savannah will be made available on an exclusive basis for occasional chartering through Feadship Charter.