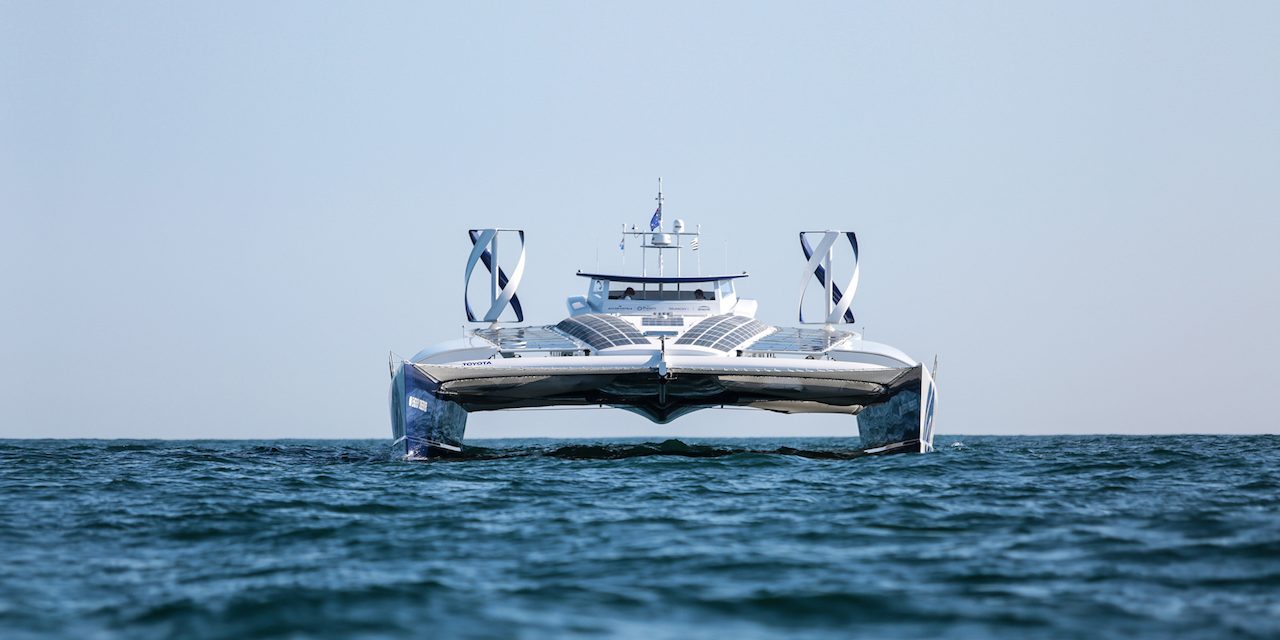 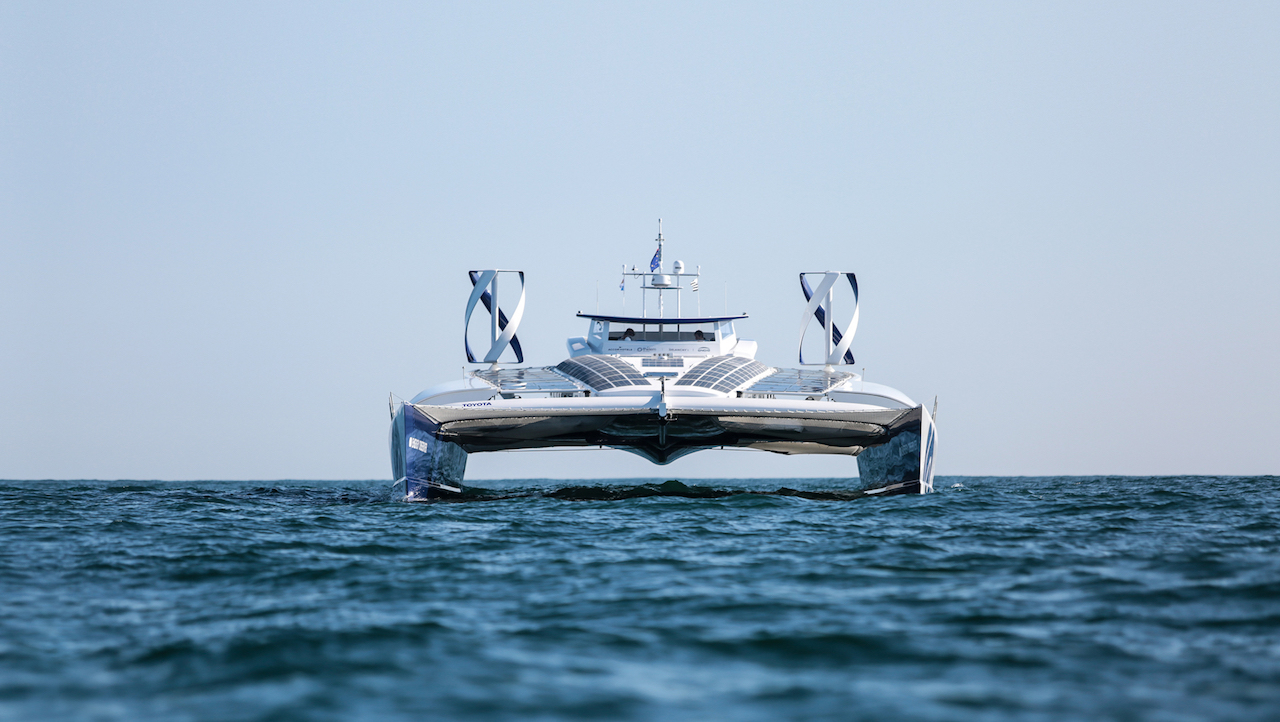 Beginning life as a sailing catamaran in 1983, she was converted into a motor yacht and re-launched in 2017 in Saint-Malo, France, further demonstrating the potential of recycling. Energy Observer is more than just a boat as she showcases technologies that will support tomorrow’s energy networks to make them efficient and applicable on a large scale. The vessel’s team will promote this model on a worldwide tour, based on a combination of renewable energy sources and energy storage.

She will cruise the Mediterranean and Northern Europe throughout 2018 into 2019 before heading to Tokyo in time for the 2020 Olympic Summer Games.

Energy Observer uses seawater to produce carbon-free hydrogen while releasing oxygen into the atmosphere in the process. Photovoltaic panels cover the exterior to use sunlight to enhance onboard energy efficiency. She is the first autonomous hydrogen superyacht that emits no greenhouses gases or fine particles.

Throughout the three-year expedition, the crew will film for a French documentary and a web series on social media. Their encounters and discoveries will be broadcast through an eight-episode series on the Planète+ television network next autumn, The journey will be both a human and technological challenge as on-board technology will be tested in extreme conditions as the world’s first energy-autonomous boat sails around the world Victorien Erussard and Jérôme Delafosse will head the crew.

Hydrogen is at the very heart of the Energy Observer project and the major reason for Toyota Motor Europe’s participation. The hydrogen-powered vessel has a considerable weight advantage, at 50% of displacement, when compared to an exclusive battery storage solution. In terms of energy storage, hydrogen is also the key to overcoming the issue of intermittent energy supply on land and sea.

Toyota has pioneered hydrogen technology for the past 20 years, carrying out testing in demanding conditions to ensure hydrogen can work as a practical fuel alternative. Hydrogen allows for quick refueling, a significant traveling range and an emission-free experience in helping to power cars like the Toyota Mirai, along with buses, trucks and forklifts.