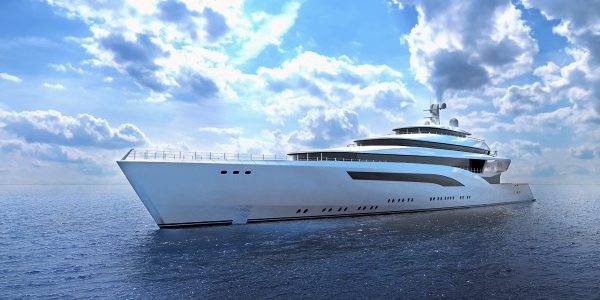 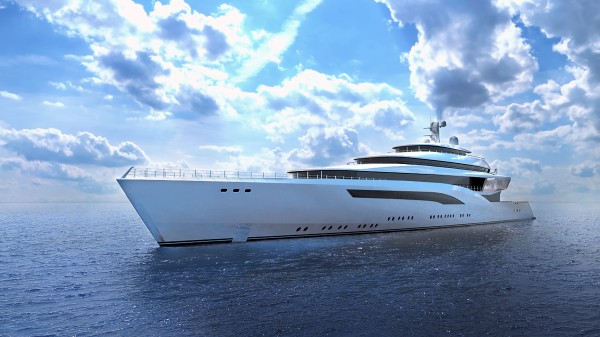 Ectheta has been designed to look like the home of the Clios Family where the series is set on the French Riviera, with many essential design cues inspired by main characters, including dedicated areas for an extensive art collection.

The forward section of the yacht has a clean and concise aesthetic that is almost simplistic. The aft section presents a different look with a large glass atrium dedicated to a vast art collection. Steponenas has also incorporated plenty of wood paneling and exterior entertainment spaces.

Steponenas noted that his focus was the opulence derived from classic designs, which he felt would easily blend in the environment of the French Riviera and the lifestyles of the rich, with the on board art and gallery the most important aspects. The yacht’s design is in keeping with the personality of the deceased character of Constantine Clios. In keeping with the series theme of scandal and secrecy, Steponenas has also included a “secret room” where the Clios family keeps a number of hidden possessions.

Although the design’s conception is somewhat lighthearted as its creation was inspired by a fictional character, the concept has an elegant profile, which is not too far-fetched to be a feasible project.

While there may be a lighthearted basis for the design’s conception, having been designed for a fictional character, the concept itself has a very elegant profile, which is well weighted and in no way too far-fetched to the point it wouldn’t be a feasible project.

4Yacht is a Professional Yacht Broker Located In Fort Lauderdale Florida and specializes in Yachts, Mega Yachts, And Superyachts. Visit our website today to discover YOUR next yacht http://www.4yacht.com