Hundred of Yachts Damaged, Some Destroyed in Mediterranean Superstorm 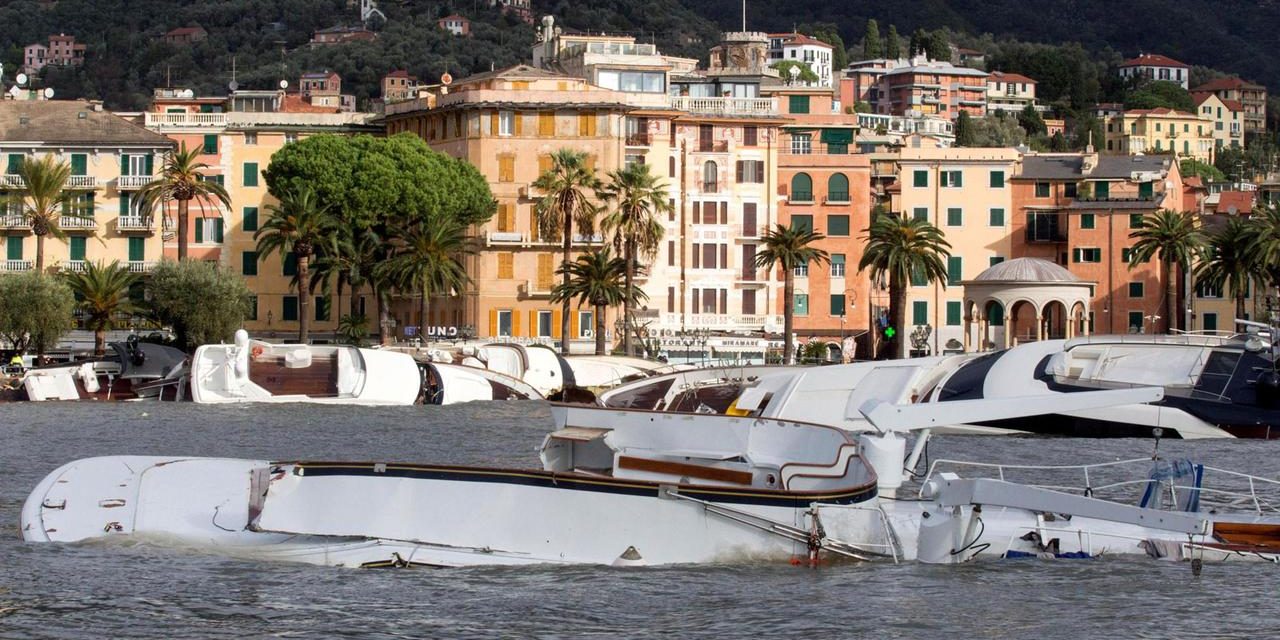 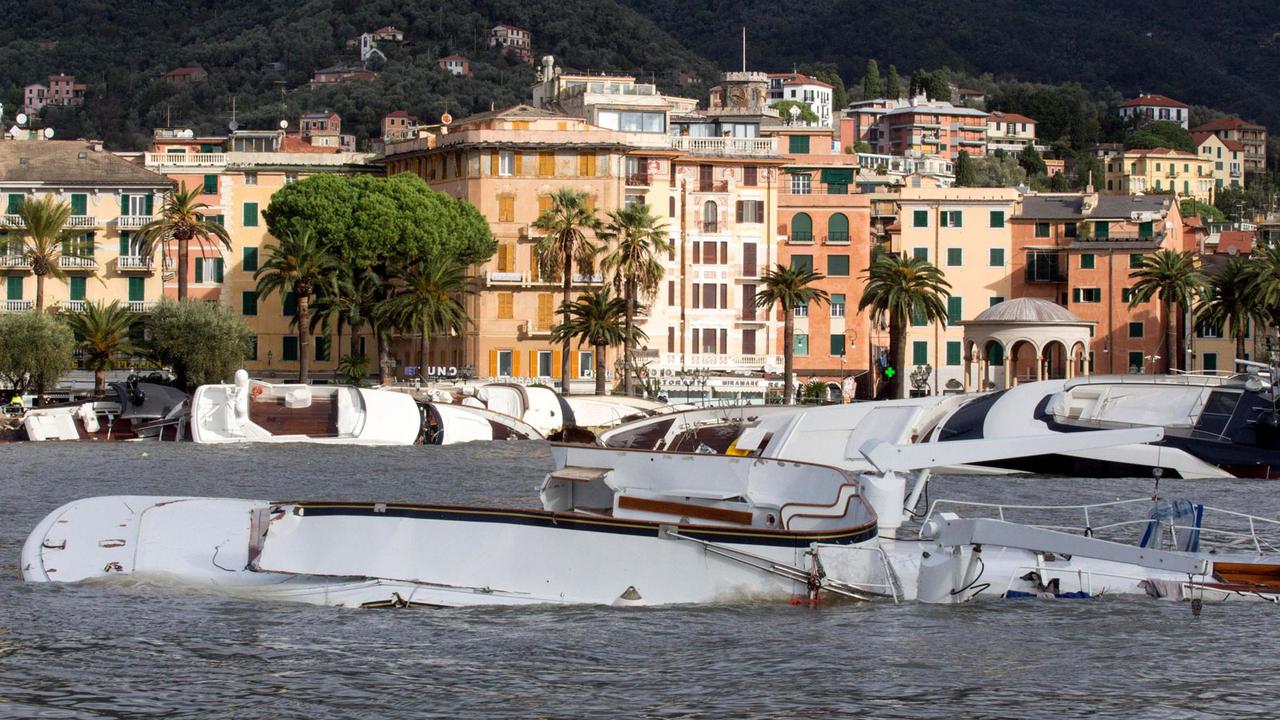 Hundred of Yachts Damaged, Some Destroyed in Mediterranean Superstorm: Gale force winds, waves more than 10 meters high in some places and torrential rains caused severe damage to hundreds of luxury yachts over several days in the Mediterranean last week, with a handful possibly being completely destroyed.

Italy’s Ligurian Coast appeared to be hardest hit by the storm, which also caused extensive flooding in Venice. Serious damage to boats and infrastructure occurred in yachting hotspots across Spain, France and Italy. Other ports sustaining significant damage include Genoa, La Spezia, Antibes, Monaco and Barcelona.

The Italian yacht port of Rapello appears to be hit the hardest, with local media reports characterizing the damage as “apocalyptic, ” where the relentless storm caused a portion of the port’s 6.5-meter breakwater to collapse. ANSA, the Italian news agency noted that 180 boats were damaged in Rapello. Other reports say that more than half of the 390 boats moored there sustained damage. A yacht that reportedly belonged to former Italian Prime Minster Silvio Berlusconi sank during the storm.

With the breach of a 300-meter section of the breakwater, wind and waves entered the port, which accommodates yachts between six and 50 meters, destroying the moorings and causing many to wash ashore. The breakwater had been reinforced in 2000 and raised by 1.3 meters following a similar storm.

The 37.8-meter Custom Line 124 Suegno yacht , launched in 2010 is also believed to be one of the yachts to have sank after she broke free of her moorings. Suego’s home port is the Porto Carlo Riva Marina. The classic sailing yacht Sakara, completed in 1913, ran aground near Suegno, but was mostly intact.

Other yachts sustaining heavy damage include Feadship’s Eutopia, launched in 1961, which was almost fully submerged. The 30-meter Benetti Darling Boys and Ocean 75 also suffered heavy losses, while Codecasa’s 35s Maria Carla was sunk at the stern.

In addition, a number of boat owners and crew had to be rescued by emergency services. The damaged wrought by the storm to Rapallo and to neighboring Santa Margherita, Portofino and LaSpezia is expected to fun into the millions of Euros.

The insurance implications of the storm damage to yachts across the Mediterranean will be significant, especially in light of recent fires and other mishaps in the yachting industry. Initially, insurance companies will be involved in major recovery and salvage operations to remove the vessels that either sank or drifted away from their moorings and beached. It’s too early to say whether the Porto Carlo Riva Marina will be held liable for the damages to the yachts moored there unless it can be proved that the marina was improperly built. More likely, the damages will be treated as an “act of God, where yacht insurance policies will be paid first with recovery options reviewed later.

At least 11 people died as a result of the storm, with thousands more displaced or left without power.