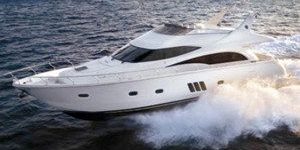 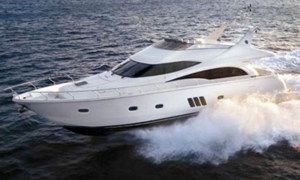 Yacht sales figures for boats sold by American brokerages last month indicate a 2 percent decline over the previous month in 2013. At the same time, however, the total price for all boats sold tallied $3 million more at $485 million.

Traditionally, most sales of luxury boats occur during the months of May, June and July each year.  During the first six months of 2014, the number of brokerage boats sold in the United States, dropped by 4 percent over 2013, with 15,815 units sold. The second quarter showed a smaller drop of 3 percent, with 10,130 exchanging hands.

Aggregate value of all boats sold in 2014 so far has dropped 8 percent over the same period in 2013, from $1.4 billion to $1.96 million. The super yacht category of boats more than 80 feet in length appears to be the reason for the lower figures. Total sales value here dropped $179 million, even though sales increased by 1 percent. Prices in this category, however, can vary widely due to age and size.

Overall brokerage sales are powered by cruisers, which comprise 80 percent of the market. In June, the figure for the number of powerboats sold dropped 3 percent to 2,953 units sold. During the same time period, sailboat sales increased by 4 percent, to 552 boats sold. Sailboats also commanded higher prices, increasing by 16 percent to $44 million, while powerboat prices dipped 1 percent to $442 million.

June powerboat sales dipped for all categories less than 35 feet in length, but were high for those ranging from 36 to 45 feet, increasing 12 percent. Sailboat sales dipped 9 percent for bots 26 to 35 feet long, but increased in every other category.

Keep abreast of all the latest yachting news. Sign up to our newsletter and receive up to the minute market news that affect your buying decisions.