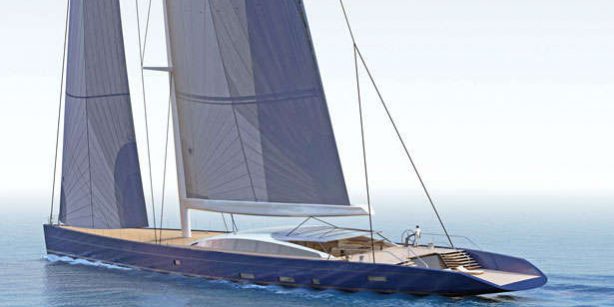 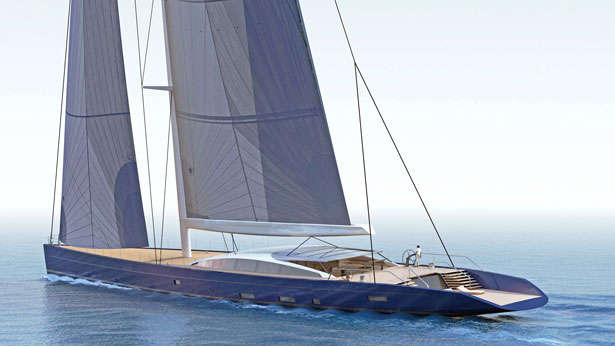 Mega Yachts At Monaco Show, 8 days to go: Dixon Revealing Project 68 Meter Design. A sleep performance yacht known as Project 68 will make its debut at the 2014 Monaco Yacht show. The concept, developed by Dixon Yacht Design (DYD), features a 68m sloop design for a client who wanted maximum length with minimum weight. DYD claims it has developed the required engineering and has kept the yacht’s gross tonnage under 500 tons.

With an unabashedly modern design, Project 68 features a low-profile coach roof that will also incorporate significant glazing to allow light into the yacht’s main living spaces.

The yacht is expected to have a draught of 9.2 meters that will ensure stability, along with a telescopic keel that ends in a bulb to promote performance in the water. The minimally furnished deck has lots of space and features a main seating area covered by a retractable glass sunroof.

Outstanding features include a long and low rear platform that delivers direct access to the water from the owner’s suite. The private owner’s area also includes a separate study, gym and cinema. Guest accommodations comprise three forward cabins with crew accommodated in a number of single and double cabins.