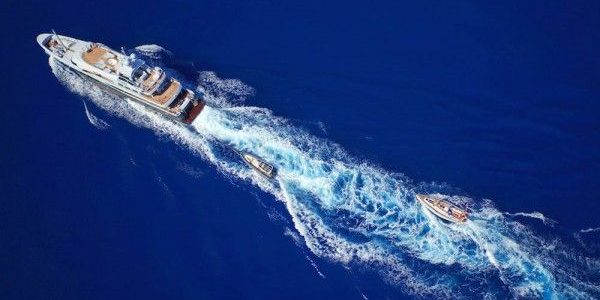 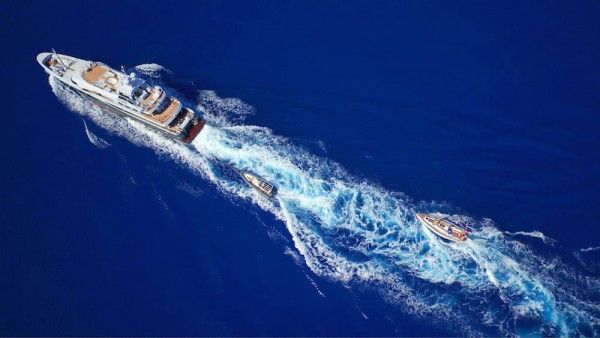 While taking part in the annual Atlantic Rally for Cruisers (ARC) from the Canary Islands to St. Lucia, Minerva suffered the forestay failure, which caused her mast to snap and come crashing down. The crew had to cut the rig free to prevent it from puncturing a hole in the hull. After salvaging what they could from the rigging, the crew fashioned a square sail using left over pieces.

Light and variable winds, at the time, prevented her from making much headway so other yachts participating in ARC began to offer Minerva’s crew diesel fuel to help the yacht move towards the Caribbean. It soon became apparent, however, that she would not be able to make the voyage. In addition, the crew’s drinking water was running out.

At this point, the captain of Gene Machine offered assistance to Minerva as the 55m Amels motor yacht was four days away. Green Machine caught up with Minerva 1,200 nautical miles from Antigua. Using the motoryacht’s tender, the Gene Machine crew disembarked three of the five Minerva crew members and then rigged a towing bridle down the sailing yacht’s deck and connected the tow. Once the tow was operating properly, the two remaining crew members transferred onto the Gene Machine. Minerva is now in dry dock for repairs in Antigua.

The rescue was the not the first for the crew of the Gene Machine in 2016.  In February, the superyacht crew rescued migrants in trouble off the coast of Miami. The Gene Machine crew is also raising money for charity by riding a stationary bicycle in the vessel’s recreational space in its Atlantic Cycling Challenge.