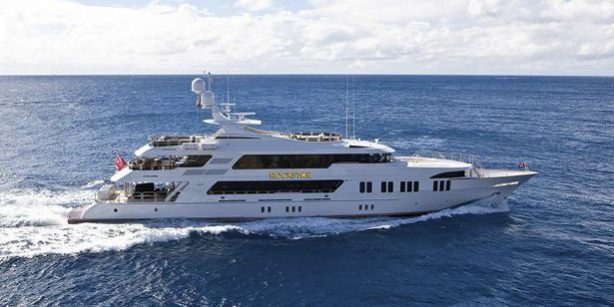 Megayacht RockStar Damaged in Drawbridge Incident in Miami. No parties will occur anytime in the near future on the megayacht RockStar following extensive damage caused to the vessel’s upper deck when a drawbridge came crashing down upon it on Tuesday..  The 49m yacht built by Trinity in 2009, was passing through the Broad Causeway Bridge at 96th Street in Bay Harbor Islands when the east side of the drawbridge suddenly slipped and came crashing down, causing tens of thousands of dollars of damage. The causeway connects North Miami with Bay Harbor Islands. 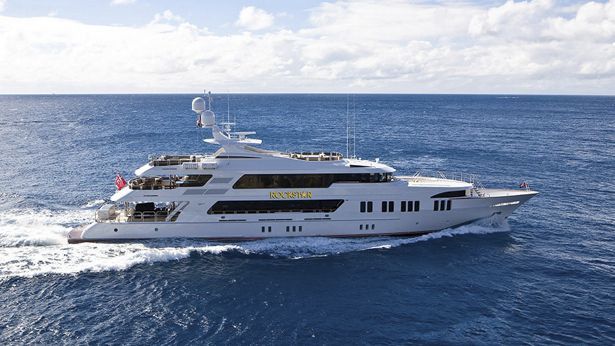 At the time of the accident RockStar, which costs just over $250,000 for a weekly charter was waiting for a visit from the Coast Guard and the Florida Fish and Wildlife Conservation Commission before continuing onward. The vessel was also under tow at the time, with the two company requesting the bridge to be raised on both sides so it could pass. About 15 people were aboard at the time of the accident, but no one was injured.

An investigation is underway by city engineers to determine the cause of the accident. The approximately 60-year-old bridge is about to undergo a $13 million dollar rehab project that includes replacing parts of the drawbridge mechanism because of past electrical problems. Authorities were not sure how badly the bridge had been damaged but engineers evaluated the bridge before reopening  it and allowing vehicular traffic to cross it on Tuesday evening.