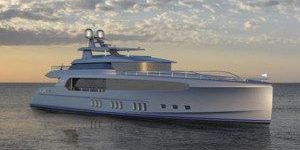 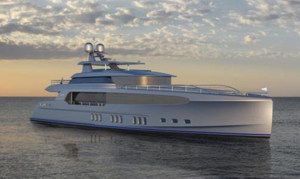 Megayacht U.S. Flagging Rules May Finally Get Update; Two years of active lobby by the U.S. Superyacht Association (USS) has apparently paid off as U.S. flagging regulations may soon get their first update since since being written in 1920. The United States Congress now supports development of rules by the Coast Guard for megayachts over the current limit of 300 gross tons.

It’s unclear why the regulations have remained unchanged for nearly a century. USSA believes the subject simply was never raised. Today, many megayachts displace close to 500 gross tons, forcing their owners to seek other flags for registration. The association estimates that Americans own 40 to 50 percent of the world’s largest yachts, a number totaling approximately 5,000, so the potential numbers are significant.

American-owned megayachts exceeding 300 gross tons can fly the U.S. flag, but can only do so if registered as commercial vessels, which comes with a compliance checklist not intended for recreational craft. USSA has raised these concerns with Congress and the Coast Guard.

A recent precedent has helped pave the way for the change, coming in 2012 when an American acquired the 498gt megayacht Freedom. The owner was determined to register her under the U.S. flag as a recreational vessel. After 14 months of paperwork, countless telephone calls and emails, the Coast Guard accepted her as a recreational vessel under ABS guidelines as an equivalency.

That precedent helped USSA step up its congressional meetings in 2014. The association also sent a letter to the Coast Guard in December to lay the groundwork for raising tonnage limits. The efforts took a huge step forward this summer when two members of Congress, Rep. Candice S. Miller of Michigan and Rep. Patrick Murphy of Florida wrote to Rear Admiral Paul F. Thomas of the U.S. Coast Guard urging him to modernize yacht-specific rules. The letter pointed out that if the rules were changed, the number of recreational vessels would increase in American waters. It also recommended establishment of a group in individuals knowledgeable in this issue to facilitate changes.

USSA indicates it’s now up to the Coast Guard to work on the policy, but it plans to follow up on the initiative in the following months. If the agency cannot or will not work on it, USSA will return to Congress to ask for legislative support that would require a member of Congress sponsoring a bill for a vote and obtaining a two-third majority for passage.