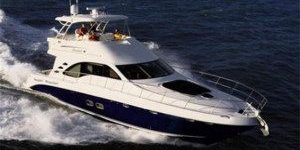 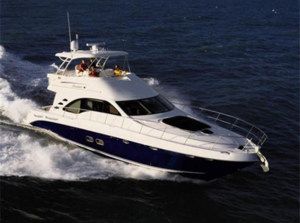 The top selling boat brands in the United States and Europe in 2014 represent a mix of recent and past production levels.

Long-time market leaders Sea Ray and Bayliner topped the overall American ranking. Both manufacturers began production in the 1950s and since that time have built thousands of boats. Each has innovative new models, particularly Bayliner, which experienced a signification post-recession makeover in their lineup. Catalina, the most prolific American manufacturer of cruising sailboats for over 40 years ranks third, following by Grad-White, the country’s leading fishing-boat manufacturer.

With regard to powerboats, nearly all of the top 10 brands in the United States have emerged from the recession with strong development programs. Only Silverton, in ninth place, has gone through a recent transition as it was purchased by Egg Harbor two years ago.

On sailboat rankings, Catalina, Hunter and Benetau are first, second and third, although Beneteau is now the leader in new boat production. Reduced demand for new sailboats is evident

further down the rankings as many brands re now in limited production or out of production. For example, the number 10 brand, Irwin, last completed a new model in 1991. Sailboats and their powerplants don’t wear out as fast as powerboats so they’re available at competitive prices.

Overall European rankings indicate that Beneteau and Jenneau were the most sold brands last year. Top-selling European brands are based primarily in France, the United Kingdom and Germany, in addition to American brands Bayliner and Sea Ray.

Only five brands make the overall top 20 listings in the both the United States and Europe. Beneteau, Bayliner and Sea Ray continue to manufacture boats on both continents. The other two brands were Hunter and Maxum. Hunter, which had built sailboats for a time in the United Kingdom, downsized after the recession, changed ownership, and is now known as Marlow Hunter. Maxum didn’t survive the recession, with production stopping in 2009.

The French brand Dufour, which has experienced recent ownership change, ranks fourth, while the British brand Westerly rounds out the top five even though it produced its last boat in 2000.