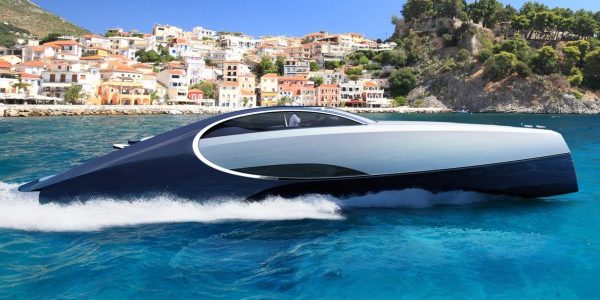 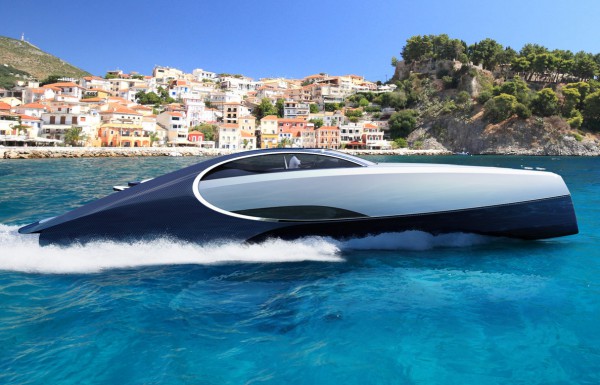 Palmer Johnson Unveils Bugatti Megayacht Concept: Palmer Johnson has joined forces with supercar manufacturer Bugatti to create a megayacht inspired by the Chiron, the success of the Bugatti Veyron, originally unveiled t the 2016 Geneva Motor Show. Named the Bugatti Niniette, the yacht is the first of a new series ranging from 15 meters to 24 meters.

This is not Bugatti’s first foray into yachting, as the company built boats in 1930 when a speedboat was commissioned, also called Niniette, after the founder’s daughter.

The design of the boat, which may also be used as a superyacht tender, keeps as close as possible to the design of the Chiron car. Sporting a distinctive aft curve around the windows and a two-tone color scheme, the Niniette is very much on brand, which is why Palmer Johnson describes the concept as “the perfect match for the Bugatti Chiron.”

Palmer Johnson has confirmed it will bring advanced materials, such as carbon, to the project, as well as what the manufacturer calls “a revolutionary hull.”

The idea for the joint project first arose eerily in 2015 when the two companies decided to create an innovative sport yacht. The first renderings were presented later that year and greeted by a large number of potential buyers, including some Bugatti owners. Potential buyers, however, wanted a closer connection to thelatest Bugatti supercar, so the project was revisited to incorporate more of the Chiron’s traits. The result is a somewhat aggressive profile, much like the car, with an ultra-modern appearance.