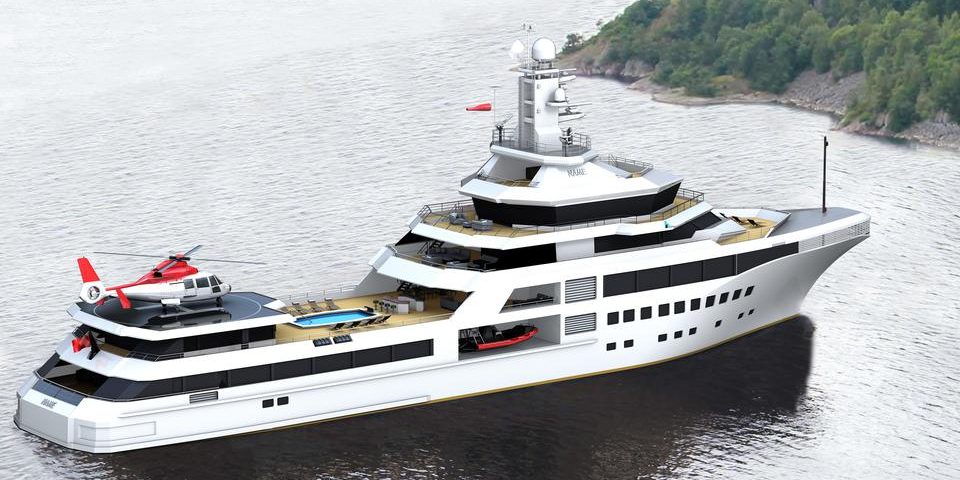 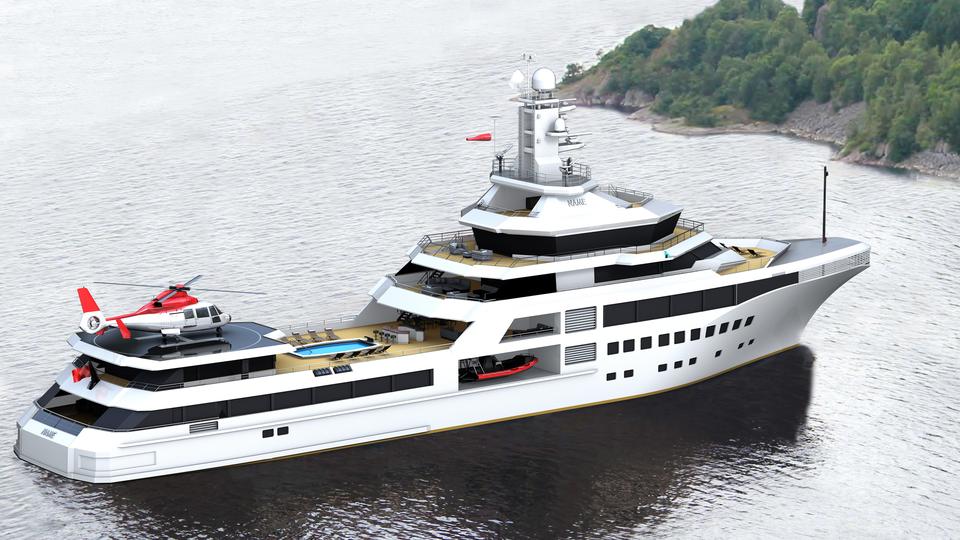 PJ World Megayacht To Restart Build a Decade Later: The long-dormant, partially constructed PJ World megayacht has a new owner and is slated to restart construction. Also known as PJ-801, the yacht that started construction in 2008 at a former commercial shipyard in Norway had been dubbed by the Norwegian media as the “ghost yacht” and “rust hole.”

Palmer Johnson, which had acquired the shipyard a year earlier through bankruptcy proceedings, had started her on spec and was supposed to be Palmer Johnson’s first venture into ice-laden expedition cruising. A buyer came forward not long after the build started, but the deal wasn’t finalized due to the buyer’s sudden death. Construction on the 81.4-meter yacht continued, however, with Palmer Johnson promoting her for sale.

Nearly all of PJ World’s hull and superstructure met completion. When the global financial crisis hit, the yard went bankrupt and construction ceased. Two different Norwegian yards housed her, the second being Westcon, which towed her to its site in early 2013 where she has remained ever since.

The Norwegain website Sysla.no noted that Terje Totland of Westcon’s ship-repair division has confirmed that the yacht has been sold. An American has reportedly bought the boat. Westcon will remove the rust and paint the yacht, but may not complete her. Totland has added that Westcon has submitted an offer of completion to the former owner, pending a new buyer and is also in dialogue with the new owners, hoping to be able to offer a price for the conversion soon.

PJ World, featuring styling by Nuvolari-Lenard, was to accommodate 14 guests and a crew of 27 and includes a private owner’s deck, complete with a spa. When venturing into sensitive areas, the megayacht would rely on a station-keeping system similar to Dynamic Position. She was designed to meet Det Norske Veritas’ Clean classification standards, which is a strict standard governing emissions and sea discharges, including disposal of waste and sewage.