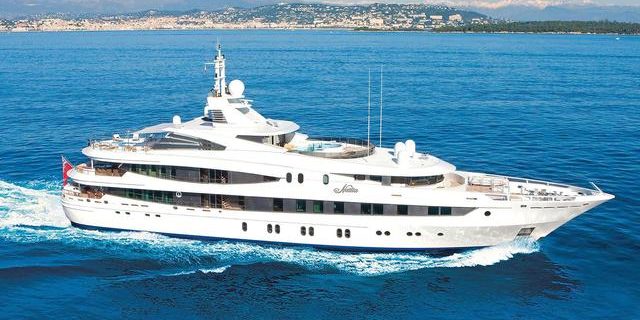 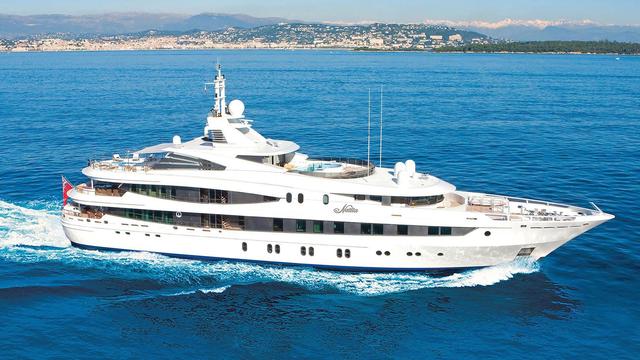 Seizure of Mega Yacht Natita Raises Questions About Using Yachts as Collateral: The recent seizure of the 66-meter megayacht Natita by the U.S. branch of Goldman Sachs raise the question of whether it is wise to use superyachts as collateral to finance business operations. Goldman Sachs seized the Oceanco-built megayacht from American oil mogul William Kallop after he stopped servicing the $32 million loan he had taken out in 2014 that used Natita as partial collateral.

A year prior to buying the yacht in 2010, Kallop had sold his oil business to a consortium of Korean and Columbian investors for almost $1 billion, investing into Quicksilver Resources shortly afterward. Kallop also owns the 57-meter Bad Girl, built by Brooke Marine in 1992 and also used as collateral for the same loan, and a 28-meter vessel, one used by John F. Kennedy, which he bought at auction in 1998 and restored.

The incident illustrates highlights a steady rise in “wealth” loans, large loans to wealthy individuals that are secured by items such as art, large boats and wine collections. These loans are picking up in demand while traditional loans are declining, a trend that some observers say serves as a warning sign for the economy as a whole.

Goldman Sachs claims Kallop stopped servicing the loan in November 2016 with nearly $28 still left. The yacht was placed on the market earlier in the year at a list price of $57.5 million, but no buyer had been found, even after undergoing several price reductions. Goldman eventually filed suit with U.S. federal court in Miami to have the yacht seized, which U.S. marshals did at the West Palm Beach marina where she was moored and still remains.

The bank’s first act as acting owners was to purchase $67,000 of fuel to keep the yacht’s generator running. Natita’s captain and two additional crewmembers were also victorious, winning $90,000 in back pay.

Goldman Sachs still stands to profit from the venture as the vessel’s current asking price of $39.9 million is more than the $28 million outstanding on the loan. Observers have indicated that the yacht is likely to be put up for auction.

It’s easy to understand why banks have become increasingly attracted to wealth loans because if the loan provides successful, the bank turns a healthy profit and retains the business of a wealthy individual. At the same time, if the borrower reneges on the loan, the bank is left with an asset that is often more valuable than the loan balance. Superyachts, however, are different than classic cars or jewelry in that their value cannot always be accurately determined. That is why some banks will limit the amount of money that can be borrowed against a yacht.

Secondly, yachts are moveable assets. Lending against a superyacht requires a certain degree of cooperation with the owner, as there is always risk that the vessel can be moved to a jurisdiction where it will be impossible to seize. The bank, therefore, needs to limit where the yacht can be used. Unlike other assets, it’s rare for superyachts to appreciate in value. The longer you own one, the less it’s worth and when combined with the annual costs of maintenance, superyachts may not be he most suitable of assets to lend against.

Sources close to the sale of Natita say the vessel is providing difficult to sell, partically due to her physical makeup and partially due to her poor condition. With a five-meter draft, she is not suited for most the most desirable American anchorages, while her canoe stern profile is rather outdated. Her draft indicates that Europe may be the best market for her, but transporting her there would incur a significant cost.