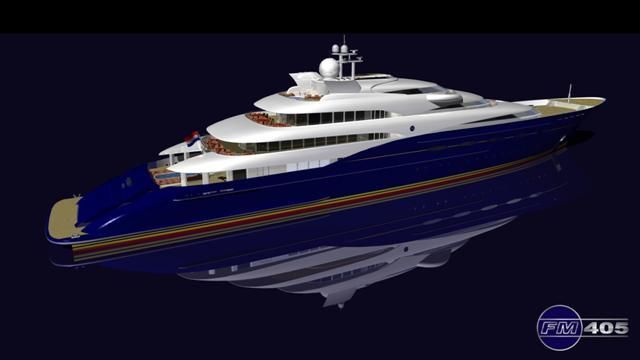 Through the first half of 2014, plenty of new yacht orders have been set, although launches still continue to outdistance new projects.  In the first six months of the year, 71 yachts measuring over 30 meters were launched with average length at 49.7m. Of these, 88 percent were motor yachts and 12 percent were sailing yachts. Orders almost exactly met these percentages.

Fincantieri’s 140m Ocean Victory was the largest yacht launched from January to June 2014. During this period, a total of three 70-plus meter yachts were launched. Yachts in the 30m to 40m range had the most launches at 42 percent, followed by the 40m to50m bracket at 40 percent.

New orders in the first six months of 2014 numbered 47, with six as sailing yachts. Completion of existing hulls constitute almost a quarter of new orders, and while that means spec work is being cleared out of shipyards, this trend may indicate the new orders are not as high as they seems.