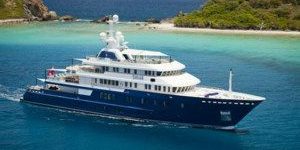 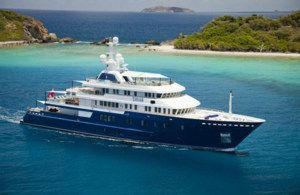 Superyacht Insurance Premiums to Rise: If you think that the fire on the floating dock of the Lürssen shipyard in Bremen-Aumund, Germany doesn’t affect you, think again. A variety of sources say that this incident, which included significant damage to a 100-meter-plus superyacht under construction, is expect to trigger an insurance payout in the amount of approximately €600 million, which is expected to raise insurance premiums overall for superyachts.

The identity of the yacht in built has not yet been officially revealed, but various social media channels have suggested that the damaged yacht was the 140-meter Project Sassi, that was due to be launched later this year. Lürssen, however, has yet to confirm what project was affected by the fire. Reportedly QBE, an Australian insurer, Lancashire Insurance, RSA, Atrium and Beazley are all possibly in the mix for payouts ranging from €27 million to €70 million.

Industry insiders have noted that the payouts from this mishap will have a big effect on the superyacht insurance market as it was already in a state of turmoil before the fire. When this loss has been settled, it will be the largest marine loss since the Costa Concordia incident in 2012.

This loss is expected to have a large effect on the superyacht insurance market with very large yachts experiencing what is called a “capacity risk.” Future policies will have to be properly rated or the underwriters simply won’t write the insurance.

Superyacht owners should note, however, that this is not a Lürssen issue. Industry sources indicated that in light of recent events, its is not uncommon for new insurance policies to cost double what they did just several months ago. Some experts also say that previously offered policies were also unsustainable.

The superyacht insurance market has been in a state of flux in recent months as the market had been operating at an unsustainable loss ratio for several years, including a loss ratio of 180% in 2017.

Moving forward, the insurance market is going to be a lot tougher and prices are going to be different. Owners should realize that this price increase is not a massive spike, but rather a market correction, reverting back to where it was five years ago. Over the last 10 years, the cost of yachting insurance has effectively dropped 70% when everything else was rising in cost.