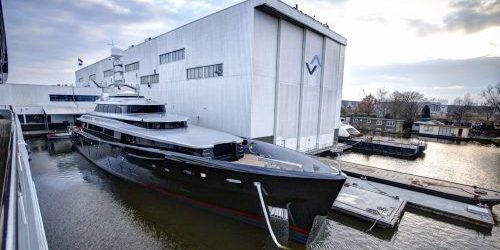 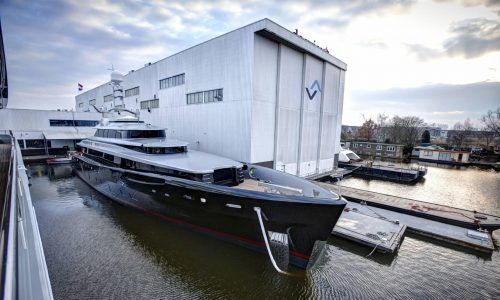 Feadship has completed what could be the industry’s first sea trial using gas-to-liquid (GTL) synthetic diesel on board the recently launched superyacht Kiss. Developed by Shell, GTL has been around since the 1980s, but the first commercial plant to produce it wasn’t developed until 1993. Even then it wasn’t commercial viable.

The Fischer-Tropsch process that produces GTL was developed in the 1920s. It produced an intermediary substance called synthesis gas or syngas, which is a fuel gas and a core substance from which different forms of GTL are produced. The process that creates syngas removes many of the contaminants found in traditional diesel or petrol, including carbon dioxide and sulfur.

Feadship launched a research and development project aboard Kiss thanks to exclusive availability of GTL in the Netherlands. Results from the sea trial showed a 30% reduction in soot and unburnt fuel and a 10% reduction in nitrogen oxide and carbon dioxide emissions. The idea is that these reductions in environmental effects will offset an approximate 10% increase in fuel cost when GTL becomes widely available.

In addition to the green initiative, GTL has proven to be practical as it may be used in existing fuel systems without any changes. The lack of soot and unburnt fuel also has the potential to save on maintenance as systems will remain cleaner longer.