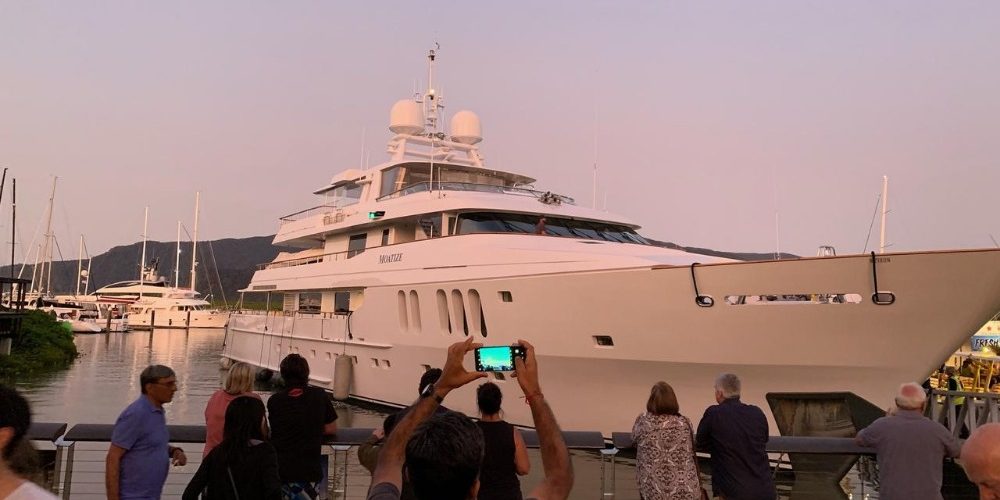 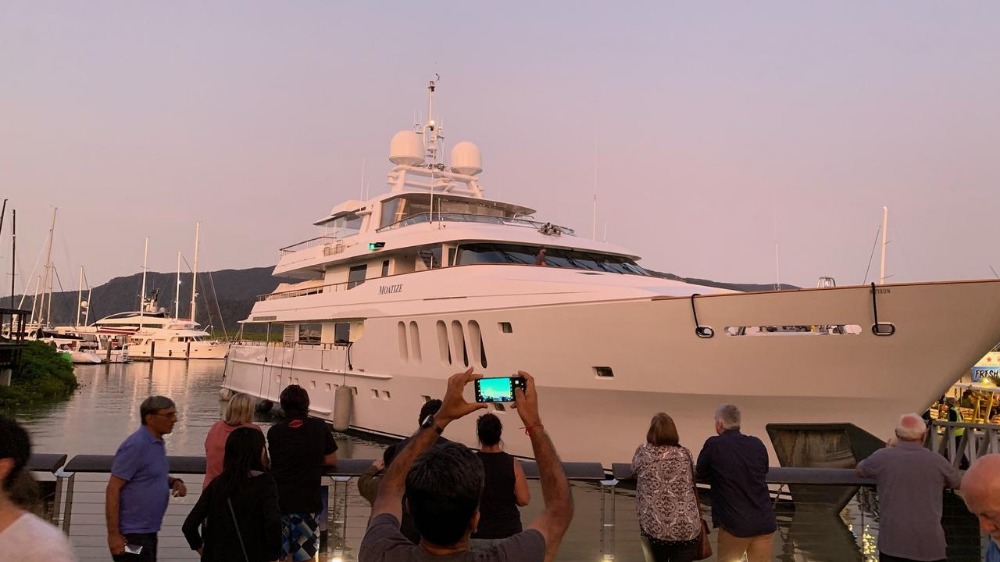 Superyacht Moatize Crashes Into Australian Dock: A 45.6-meter superyacht named Moatize careened out of control over the weekend while trying to dock at the Marlin Marina in Cairns, Queenland Australia. Moatize hit the gangway and narrowly missed a converted trawler called Prawn Star that operates as a restaurant.

No one was hurt in the incident, even though diners onboard Prawn Star rushed out of their seats as they saw the superyacht approaching. The restaurant had to close following the incident as its berthing pontoon was damaged. It was later moved to another area of the docks. The marina’s operator, Ports North, is conducting a probe into the crash. Moatize eventually proceeded to her berth without further incident.

The yacht’s skipper, Jason Chambers, told Australian news media that a gear had become jammed after a turn, causing the vessel to remain at full speed. Chambers indicted that they crew checked to see if it was a control fault, but when measures failed, shut down all engines, dropped anchor to slow down the vessel and guided Moatize to a spot where there were no people, into a gap between the restaurant on the right and a gap with several small vessels on the starboard side. Moatize sustained some minor starboard damage, which Chambers indicated was mainly cosmetic. Chambers further noted that he wasn’t concerned about the condition of the yacht but was relieved that no one had been hurt in the incident.

Although Chambers confirmed that the yacht had traveled from Brisbane and would be in Cairns for several weeks, he declined to disclose the owner’s identity. The Cairns post indicated that Moatize is owned by a local coal baron named Michael O’Keeffe.

Built by British manufacturer Pendennis in 1999, Moatize was formerly known as Ilonka, Serena M and Christine. As Ilonka, she was reportedly sold last July. With a beam of 9.5 meters and a draft of 2.7 meters, she has an aluminum hull and superstructure. The 509GT vessel can accommodate up to 12 guests and features inter design by Redman Whiteley and exterior design by Dubois Naval Architects.

Moatize has a maximum speed of 15 knots from her twin Caterpillar 960 hp engines. Cruising speed is 13 knots with a maximum range at 6,000 nm.

The Australian incident is the latest in a string of superyacht crashes. In late June the 47.4-meter Heesen charter yacht Blue Magic lost control and hit a pier at the port of Santa Maria di Leuca, Italy. In that incident a sailing yacht was crushed between the dock and Magic Blue’s bow. No one was injured in that mishap as the sailboat was unoccupied at the time of the crash. Italian authorities believe a defect in the superyacht’s electronic propulsion system caused the crash.

Initial assessments by Italian authorities indicate that the accident was caused by a defect in the yacht’s electronic propulsion system.