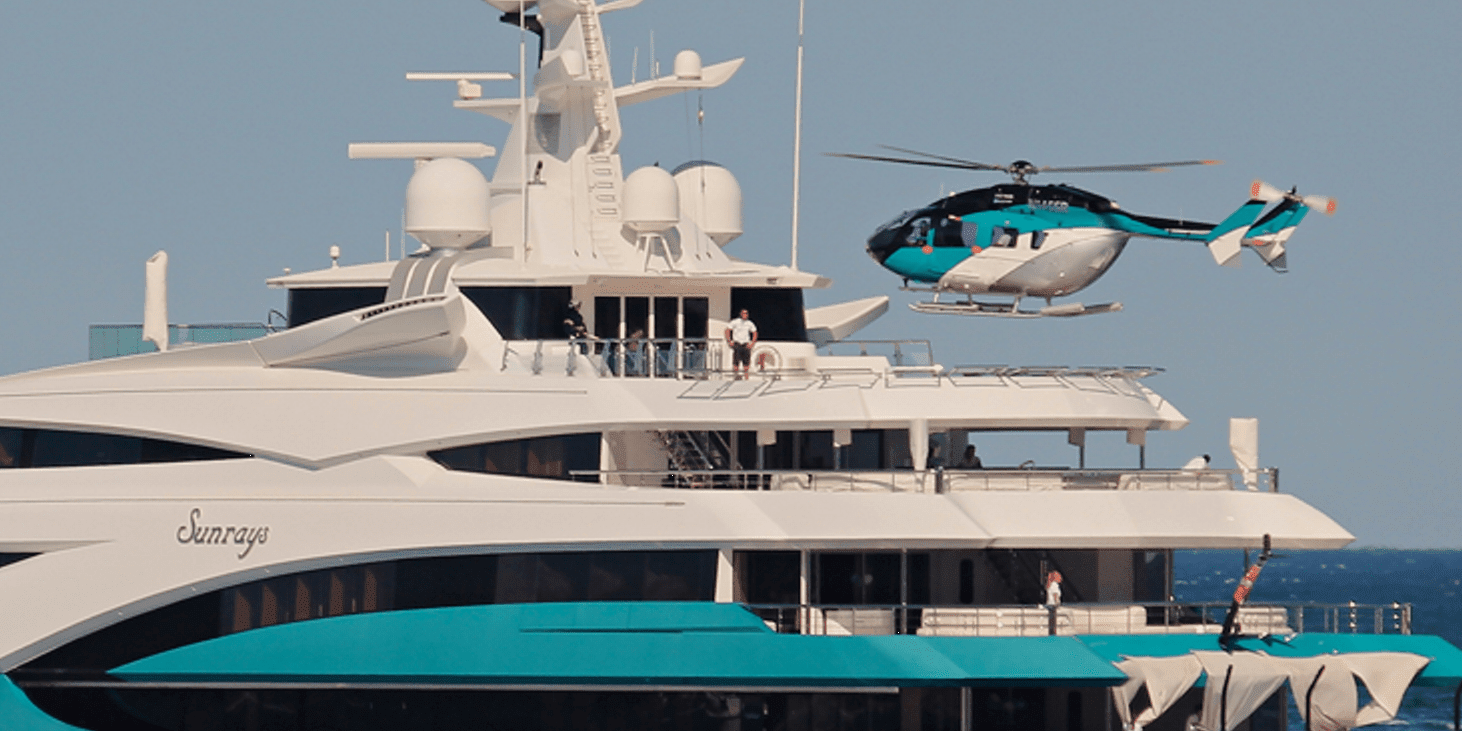 Are these the headlines we are going to start seeing? Read to see why they could become reality within the next few weeks. 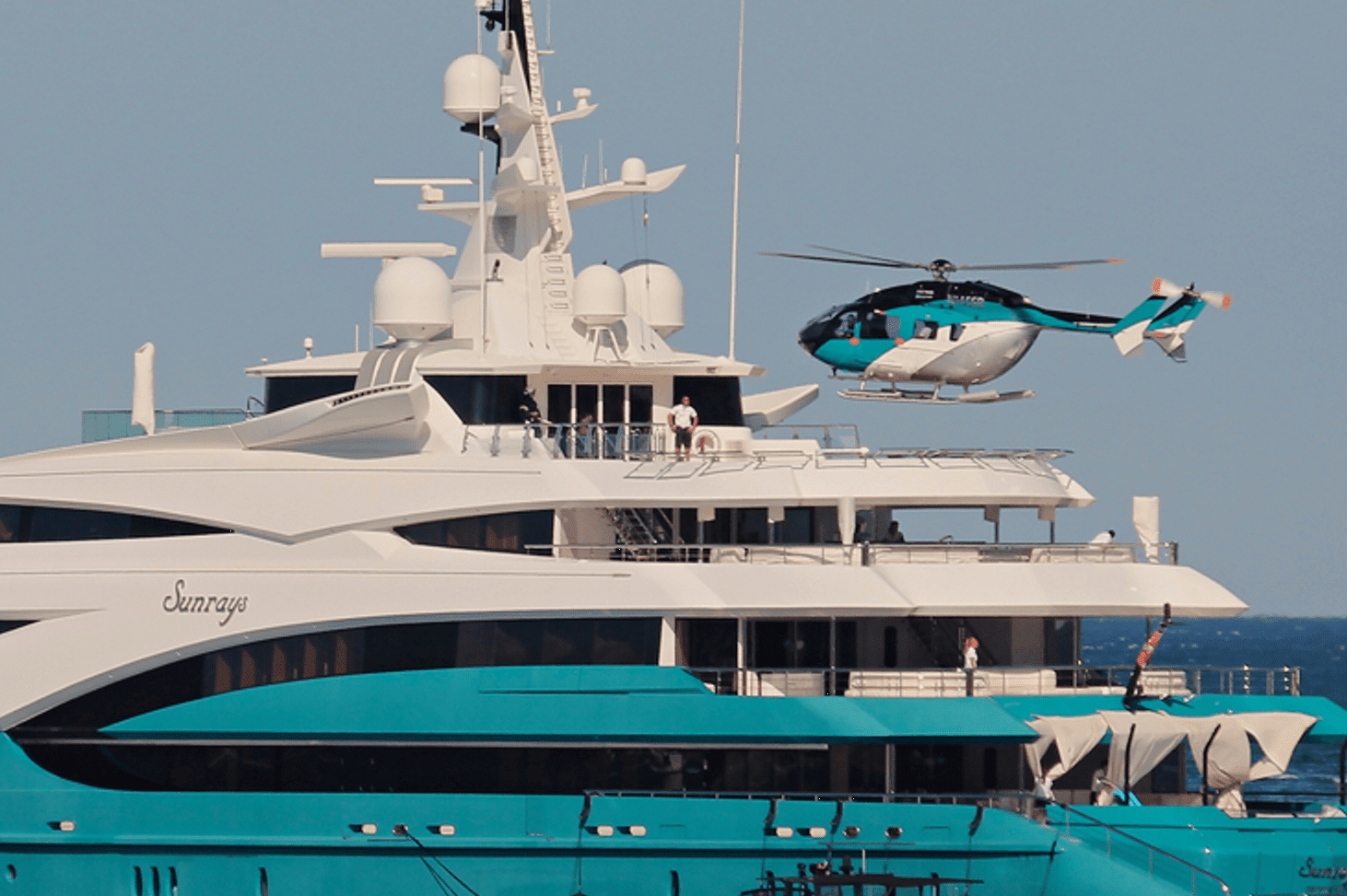 Superyacht Market Possibly Affected by U.S. Russian Oligarchs List
The impending release by the U.S. Treasury Department of its “Russian Oligarchs” list slated for January 29 has put ultra-wealthy individuals from that country on edge, causing many to protect their wealth and sell their assets, some of which may include luxury superyachts that have been purchased over the last two decades.

That scenario begs the question, “What kind of effect will the list have on the luxury yachting market?” Here’s why the market could be volatile in the coming weeks and months.

Indices of Corruption
The Oligarchs list is an outgrowth of the “alleged meddling” in the 2016 United States election by Russia and will reportedly identify wealthy Russians who have close ties to the Kremlin. It will also include “indices of corruption” of each named individual and what assets they have. For some, those assets could include one or more superyachts. The list is mandated by legislation passed by the U.S. Congress last August giving the Treasury Department, the State Department and intelligence agencies 180 days to identify those close to the Russian regime along with their net worth.

While the U.S. Treasury Department report is not expected to include sanctions, the move is a step below it, amounting to what could be considered to be worldwide shaming because those making the list will be deemed corrupt. Although sanctions may not be immediately considered, there is no guarantee that they won’t be imposed in the future and could possibly include seizure of assets. Such seizures could ostensibly include yachts if the vessels are moored at locations that have reciprocal agreement with the United States for such purposes.

Russian President Vladimir Putin has already initiated a capital amnesty program that allows the wealthy to repatriate some of their international assets and place the money from the sales in special bonds that will be outside of the reach of the U.S. Government.

An Executive Order quietly signed in December by U.S. President Donald Trump, is the reason spurring the movement of Russian assets. The order calls for freezing the assets of foreigners deemed to be corrupt and extends to anyone worldwide who has assisted, sponsored or provided financial or material support to foreigners designated as corrupt. Theoretically, even individuals not named in the Russian Oligarchs list could have their assets frozen. 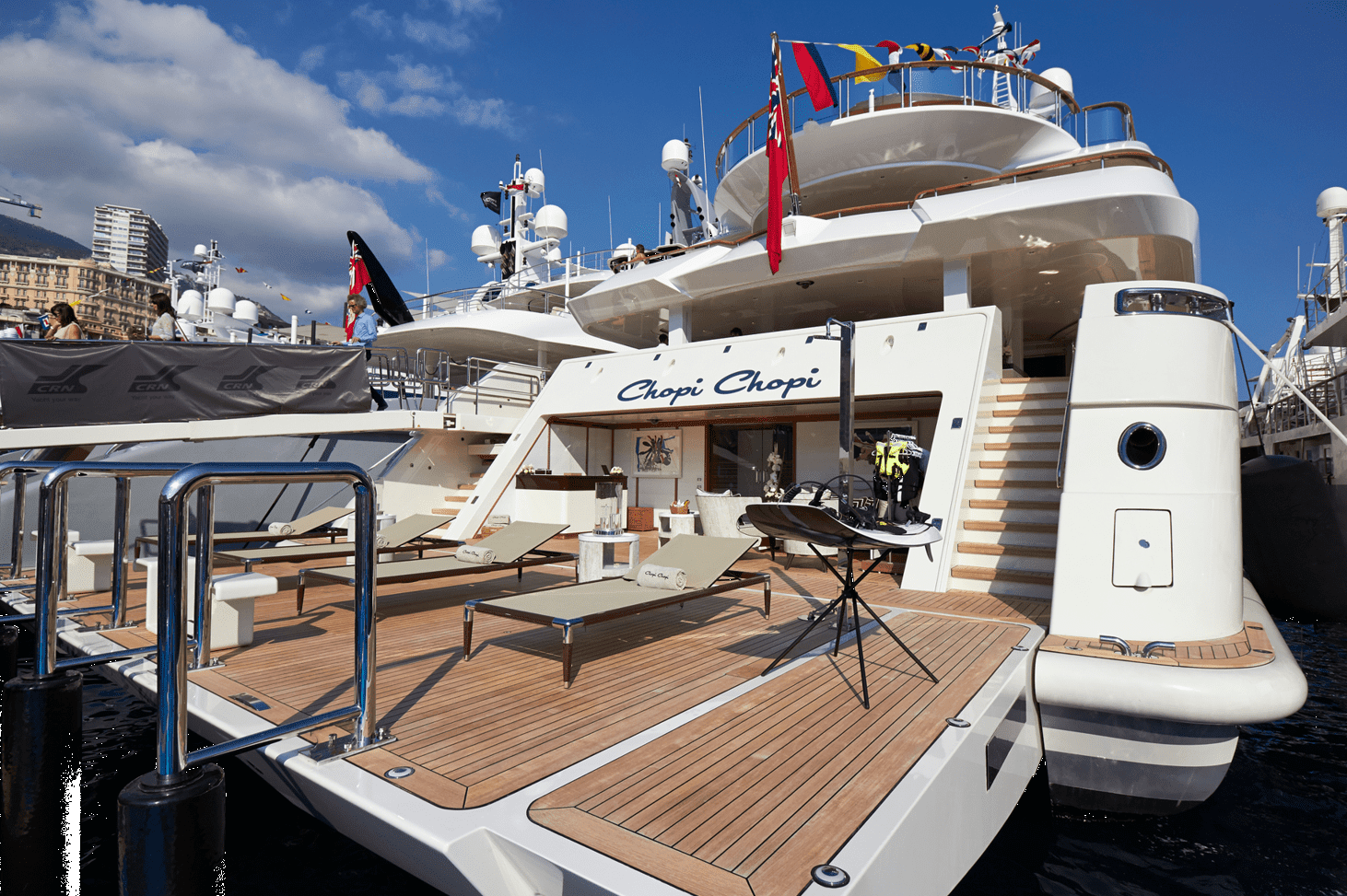 Russia’s Love of Luxury
The nouveau riche Russian world is a relatively new phenomenon with most of the ultra-wealthy having amassed their fortunes since the fall of Communism. Consumption of luxury goods by Russians is approximately four percent of global luxury sales, but notably encompasses about eight percent of the high-end of the market. The group driving ultra-luxury purchases is composed heavily of Oligarchs.

A somewhat unique characteristic of the Russian market is that pure luxury items are considered investment pieces. The goods most sought-after by wealthy Russians are one-off pieces, limited collections and objects made with precious materials. This attitude is played out in the superyacht world, where Middle Eastern and Russian owners heavily populate the ownership of the largest vessels. Often, the luxury yachts commissioned are one-of-a-kind designs, built by shipyards such as Lürssen, Oceanco, Fincantieri and other builders that only produce luxury custom yachts.

When you build a bespoke yacht, there really is no limit. Superyachts are built with custom beach clubs, waterfalls, indoor pools, bowling alleys, submarine bays, helicopter landing pads, the sky’s the limit.” said Craig Timm, President of 4Yacht Inc., a Yacht Broker. “The only thing holding someone back from fulfilling their dreams is the size of the yacht and their budget. But if it will fit and they can afford it, there are no limits.”

The number of individuals driving the Russian luxury market is relatively small, however, it’s worth noting that those 110 billionaires hold 35% of Russia’s wealth, giving the countries billionaires the highest level of asset proportions in the world, with the exception of several small Caribbean nations. Worldwide, the ultra-rich hold less than 2% of wealth.

Why Russia Matters in the Superyacht World
How the Russian Oligarch list will affect various markets depends on how the information is released, according to Adam Smith, a former senior adviser in the Treasury’s sanctions unit. That uncertainty exists, in part, because of the way the law requiring the list was written, allowing for wide interpretation.

The list, however, is bound to have some kind of impact on the yachting industry.

“Governments don’t put lists together indiscriminately, whether it’s to restrict you from flying, traveling, etc. There is a motive for this identification,” said Craig Timm. “If the oligarchs are already winding back businesses, it might be logical that they might start winding back yacht purchases and selling what luxury yachts they own.”

The short-term effect is that the industry could see a significant uptick in activity if the oligarch and those close to them decide to sell their yachts. Such a situation could result in a buyer’s market and possibly even a bargain market if multiple boats needed to be sold immediately.

“If the U.S. government decided to seize high profile assets like yachts based on this list, then you would see a ‘rush for the door’ in superyacht sales, and then a rush for the bottom in pricing if a sale had to be quick.” said Craig Timm 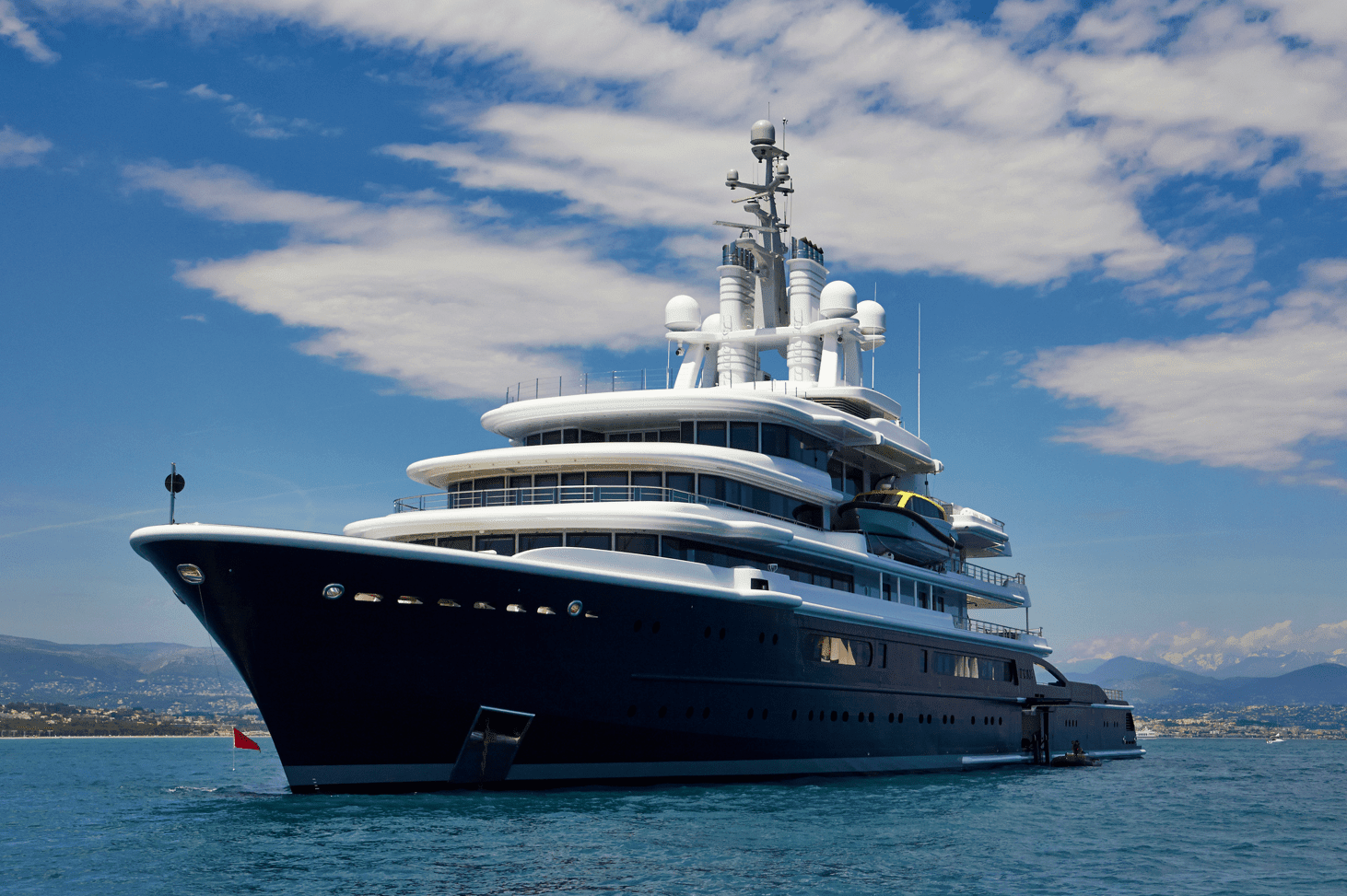 Longer-Term Effect on the Superyacht Market
A longer-term effect is also possible if oligarchs stop purchasing yachts altogether. Such a situation could have a negative effect on the order books of the largest, purely custom manufacturers favored by the highest end of the luxury superyacht market. If orders are cancelled, shipyards could be left with partially completed hulls that may be difficult to sell because of their size and cost. The same could hold true, to a lesser extent for manufacturers of smaller and semi-custom boats.

Only time will tell what the U.S. government decides, and as pointed out previously, although sanctions may not be immediately considered, there is no guarantee that they won’t be imposed in the future, and could possibly lead to include seizure of luxury assets, like their superyachts.

About the Author: Arlene Miles is a Chicago-based writer who frequently covers topics in the transportation industry.