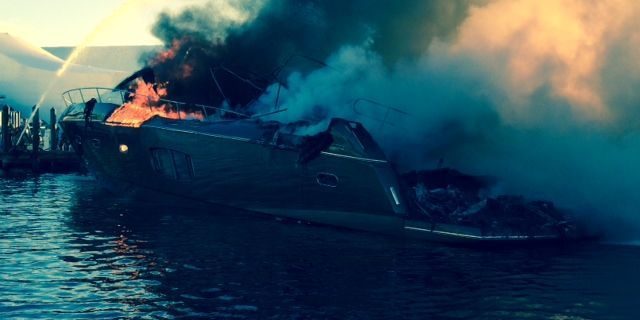 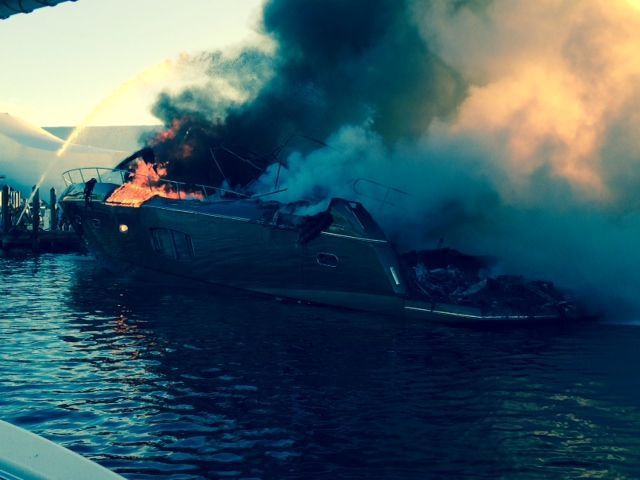 At least 45 firefighters responded to battle the blaze, which closed the marina for the rest of the day. No injuries occurred on either of the yachts, which were connected by rope to each other and to at least four other vessels, according to Timothy Heiser, Fort Lauderdale Fire and Rescue deputy fire chief. No one was injured in the blaze, whose cause is yet to be determined.

Most of Tuesday passed before workers were able to raise Lady Lex in a harnass from the bottom of New River and empty her of water. The yacht was placed in dry dock at the marina that evening, according to Lee Burke a risk manager and spokesman for Yacht Management.

The process was repeated on Wednesday for It’s About Time, which also had to be drained of 1,500 gallons of fuel. Each yacht was valued in excess of $1 million. It’s About Time was reportedly being prepared to be placed on sale.