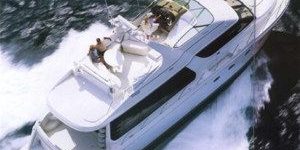 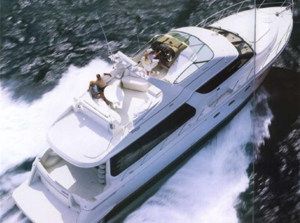 The U.S. brokerage market showed strength even though sales volume declined 5 percent during the first quarter of 2015 when compared with figured from a year earlier. A total of 5,427 boat exchanged hands in the quarter, down from 5,715 in 2014.  Total sales value increased by 5 percent to $750 million.

Both powerboat and sailboat sales decreased, but only powerboats saw an increase in aggregate values, which increased by 8 percent, even without including superyacht sales. Conversely, the total value of sailboats declined 7 percent. Average powerboat price increased by 13 percent to $109,000, while average sailboat prices declined by 4 percent to $79,000.

Sales have been stronger among larger express cruisers and smaller motor yachts, particularly on the East Coast. Also affecting price  and sales volume has been the lack of quality, recent-model inventory, with buyers beginning to purchase the best remaining boats over fear of losing out on the best units.

Average days needed to sell a boat in that segment also dropped during the quarter from 395 to 363 days. Other segments also experienced a drop in days on the market, except for boats over 80 feet.

Among the 396 sailboats exchanging hands, total value was down 16 percent to $40 million, an average declined of 9 percent.