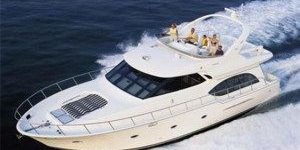 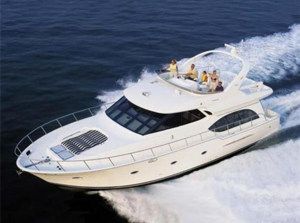 Yacht Sales Dip 4 Percent in October: Despite four months of sales levels above 2014, brokers reported an unexpected slowdown in October, with 2,219 boats sold, a decline of 97 units or 4 percent. That figure, however, remained slightly ahead of sales for the last five years, indicating that October 2014 had better than normal sales.

Volumes also declined slightly among smaller boat, but total and average prices increased. The 26- to 35-foot and 36- to 45-foot categories suffered 4 percent sales declines, but 8 percent gains in average prices. Boats under 26 feet declined a mere 1 percent to 550 units, but with average prices 6 percent higher than in 2014.

For the month, powerboat sales were down 5 percent with 1,760 boats sold, with value decreasing $78 million due to lower big boat sales. Powerboats sold more quickly, however, with average days to sale dropping 4 percent from 251 to 240 days.

Sailboat sales were down only 2 percent, with 459 units sold at a total price that increased by $3.5 million or 10percent.  Increased values occurred among boats over 46 feet, the same segment that experienced a slower month among power boats.