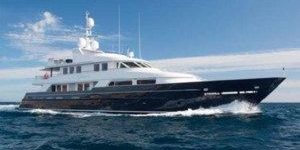 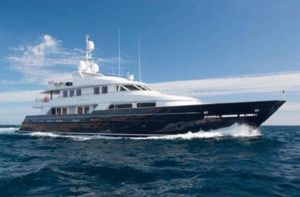 Is Russia looking for ways to please its nouveau riche, or is the country looking for ways to promote yachting tourism? Maybe it is a little of both. According to local media reports, Russia has plans to develop a yachting infrastructure with a planned marina in Gelendzhik and additional sites in the Crimea targeted for development.

Source of the speculation is a Russian special purpose program entitled Transport System Development 2010-2020, which is set to undergo public discussion soon. The sub-program called Marine Transport  will, most likely, see additional allocation of funds for construction at Gelendzhik that could include a yacht marina and entertainment infrastructure. The new marine has already been designed and the environmental study for the project is in progress. Construction is slated to begin sometime this year with completion in 2017.

The project is estimated at RUB 9.4 billion, including RUB 4.4 billion of investments and RUB 5 billion of federal money supposed for allocation between 2013 and 2018. A private-public partnership that includes FSUE Rosmorport, Commercial Seaport of Gelendzhik CJSC and RN-Tuapsenefteprodukt LLC will implement the project.

Sources close to the project indicate that the Gelendzhik marina construction received priority because the Russian government plans to use it to service high-ranking officials. Russia has shown intent to develop additional marinas in the Crimea as Victor Olersky, Russian deputy transport minister, noted that developing infrastructure in the resorts of Feodosia and Yalta are possible. Only two marinas, one in Sochi and the other in Imeretinsky, currently operate on the Black Sea.

The State Duma of the Russian Federation has also reportedly approved a draft kaw on 72-hour via-free stay for foreigners arriving via leisure craft, also demonstrating Russia’s intent to grow the yachting industry.